Pet owners who love animals often don’t stop at one or two
pets. With careful attention and patience, a devoted pet parent can safely
introduce new pets into the home with minimal issues and create a big, happy
family with multiple dogs and cats.

However, all of this can be thrown off if one or more of
your animals has an overactive prey drive.

What does “overactive prey drive�? mean?

An animal’s prey drive is what drives them to hunt and kill animals
that are their prey. For example, a dog’s prey drive is usually activated when
it sees a squirrel scurrying across your yard, and a cat’s prey drive goes into
high alert when a mouse peeks its head out of a mouse hole in your home.

Prey drives are perfectly normal aspects of your pet’s
biology, but sometimes, they can be a little too strong to handle. Some pets
are prone to pursuing their prey in a more extreme way. Certain breeds of both
dogs and cats tend to have higher prey drives than others.

With an overactive prey drive, your pet may become virtually
unrecognizable around small animals. It may chase down and attack prey and show
no
signs of control, avoid listening to your commands and refuse to come when
called until its object has been achieved.

The problem of overactive prey drives and pets

If you only have one dog or cat, and that animal has a high
prey drive, it’s usually not that big of a deal. You may end up with the
occasional squirrel or bird dropped on your floor by a proud pet, but everyone
in the house typically remains safe.

This might change when you add additional pets to the home,
though—especially pets of different species. If you have a dog with an
overactive prey drive and you decide to adopt a kitten, that kitten might find
itself injured by a dog that has the urge to chase and attack.

In order to maintain peace within a multi-pet household,
you’ll want to curb your pet’s overactive prey drive and teach it to control
its impulses. If nothing else, the pet must learn that other household pets are
not prey and that they are not to be disturbed.

How to manage overactive prey drives

If one or more of your pets has an overactive prey drive,
you’ll want to put in some extra work to ensure that all of your pets stay
safe. The best way to do this is to train the pet with a high prey drive by
diverting its attention and controlling its impulses once it shows signs of
wanting to prey.

To train your pet, be mindful of any situations in which
possible prey may appear. If prey does appear, encourage your pet to look at
you as you walk by or allow the animal to pass. Give the pet treats so it has a
more interesting reward than engaging in prey behavior. Don’t encourage its
prey drive by egging it on or exciting it, either. Over time, your pet will
begin to ignore prey.

Additionally, you should teach your dog to come back to you when
called in every situation, so that if it does begin chasing prey, it will return
quickly upon your instruction, no matter what.

If you currently have only one pet with an overactive prey
drive and are considering getting another pet, take time to train the
overactive pet first. This will allow you to dedicate all your time and energy
into mitigating future problems before they even have a chance to occur.

If you already have multiple pets and one has an overactive
prey drive, you’ll need to take extra precautions to separate the pets and
introduce them slowly. Your pet with an overactive prey drive needs to be
taught over a period of time that other pets are not prey and that they must be
respected.

At first, only allow the overactive pet to engage with other
pets when they are completely supervised, so you can intervene if things go
awry. Start by keeping the pet on a leash and gradually allow the pets to
investigate one another. Give your pet treats and rewards for good behavior. If
your pet lunges or becomes aggressive, kicking into its predatory instincts,
separate them and try again another day. Slowly begin introducing the pets more
and more until they can be trusted to be left alone together.

You should never scold or punish an animal for pursuing
prey, since it’s simply in their nature. However, if you catch your pet
pursuing or attacking your other pets, you should make a loud noise and
separate the pets, so the overactive pet learns that this behavior is not okay.

With careful attention and training, your pet with an
overactive prey drive will learn to tolerate other pets within your home and
control its prey drive. Hopefully, then, your multi-animal household can live
in peace! 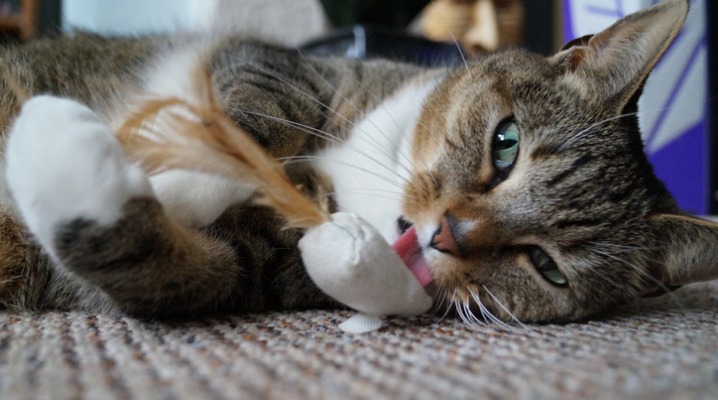 Catnip Makes My Cat Ornery. Should I Still Give it to Him? 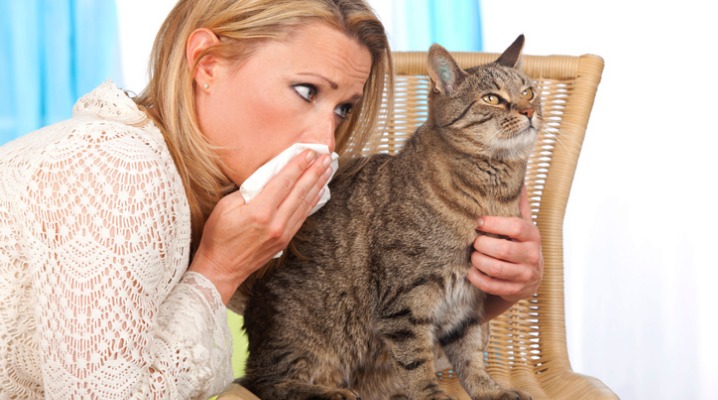 Can Your Cat Give You a Cold?