Does Your Cat Have OCD?

It is one thing to joke about your cat compulsively cleaning themselves, but it is another thing when you begin to note that your cat is cleaning himself to the point where he is putting a bald patch into his skin or when he has actually injured himself due to this type of behavior. The truth of the matter is that cats can suffer from psychological issues just like humans do, and when a normal activity is taken from being something that is neutral to something that is deliberately harmful, it is time to start looking at it as a disorder and as something that needs treatment. Does one of your cats suffer from OCD (obsessive-compulsive disorder)?

There are several behaviors that might fall into the range of being obsessive compulsive if they are done too often. For instance, grooming, pawing at a certain place on the floor, licking or sucking on cloth or plastic, or running from room to room are all normal cat activities, but when they are constantly repeated to the detriment of the animal, it is time to step in. A cat who engages in these behaviors can hurt themselves over time and, like any habit, they are hard to break. According to experts, the more a cat is allowed to engage in these activities, the more likely it is that he will continue to do so, even when the original trigger has long been forgotten.

Causes of Obsessive-Compulsive Behavior in Cats

There are many causes that are suggested when OCD is brought up in cats. In many ways, they parallel the things that can cause humans to engage in OCD behavior. The environment, emotional conflicts, stress, genetics and medical conditions can all be pointed to as causes for why this occurs, and sometimes the cause is simply unknown. When the cause is known, it is much more possible to fix the problem. Try to observe your cat and think back to the time when this specific type of activity began. Here are some questions to consider:

All of these things can play a part in your cat demonstrating the obsessive-compulsive behavior.

What the Vet Will Recommend

When you go to consult a veterinarian about the issue, you may also be offered the possibility of anti-anxiety medication. For instance, Prozac and clomipramine are both drugs that are often used when you are dealing with cats that have evidenced mental disorder. If you are considering giving your cat drugs, remember that it can take up to four to five months to see a result, and you should still be giving your cat the mental stimulation that he needs.

However, there are other, more natural options in treating your cat's obsessive-compulsive disorder without using harsh chemically-laden drugs. Since any kind of obsessively compulsive behavior exhibited by your cat, is linked directly to the level of stress she feels, giving her something to keep her stress levels down is a wonderfully holistic way to help your cat beat her OCD issues. You can purchase an herbal remedy made from Bach Flowers or bottle of Calming Care from PetWellbeing.com. These can help greatly as they target a cat's nervous system to rid the cat of anxiety and reduce hyperactivity. Calming Care also helps by boosting your cat's immune system as well.

If your cat does have OCD, then treating it as early as possible is definitely the best option. When you start noting this type of odd behavior in your cat, make sure that you look into the most simple and curable causes first. Is your cat getting enough food, enough social interaction and enough mental stimulation? Is your cat constantly bored or is there anything that will set him off? If you can remove the factor that is stressing your cat out or if you can put him in a situation where he will be more at peace, which is more ideal.

Another factor of obsessive-compulsive disorder in cats is linked to the quality of food that they eat. Since most cats over groom as part of their OCD behavior, keeping their coats as healthy as possible will minimize any damage to their hair follicles and skin. Remember that for your cat, and for you as well, feeling good physically will, in turn, encourage feeling good emotionally as well. 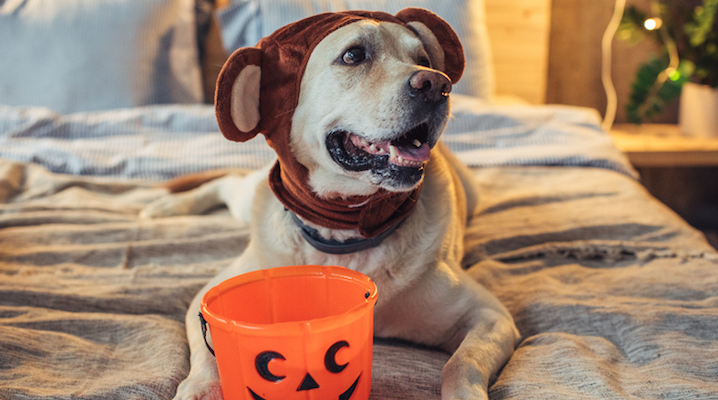 4 Precautions For Keeping Your Pets Safe On Halloween

If Cats Are Carnivores Then Why All The Carbs?