Garbage Gut: What to Do and How to Know When It's Serious

It’s easy to see how “garbage gut” got its name. A dog eats garbage, and then they feel like garbage! The risk of this digestive disease is everywhere, from toppled trash bins to table scraps to a dead bird in the backyard.

Dogs are always eating stuff they shouldn’t—but only time will tell if they develop garbage gut and how serious it will be. Familiarize yourself with the symptoms and treatment options for garbage gut so you’re prepared next time Fido goes dumpster diving!

What is garbage gut in dogs?

Garbage gut is a gastrointestinal disease that occurs when bacteria produce toxins in the digestive tract. If the condition is left untreated, those toxins could get absorbed into the bloodstream and circulate throughout the dog’s body. Most cases are mild and resolve on their own within a few days. Some are more serious, resulting in dehydration, pancreatitis, seizures or shock.

Harmful bacteria enters the gut when your dog eats things they’re not supposed to. Dogs who spend a lot of time outdoors are more prone to eating dead carcasses or the stool of other animals. These things are teeming with bacteria, as are spoiled foods found in your kitchen trash bins. Table scraps can be super fatty and cause gastrointestinal upset, as well. 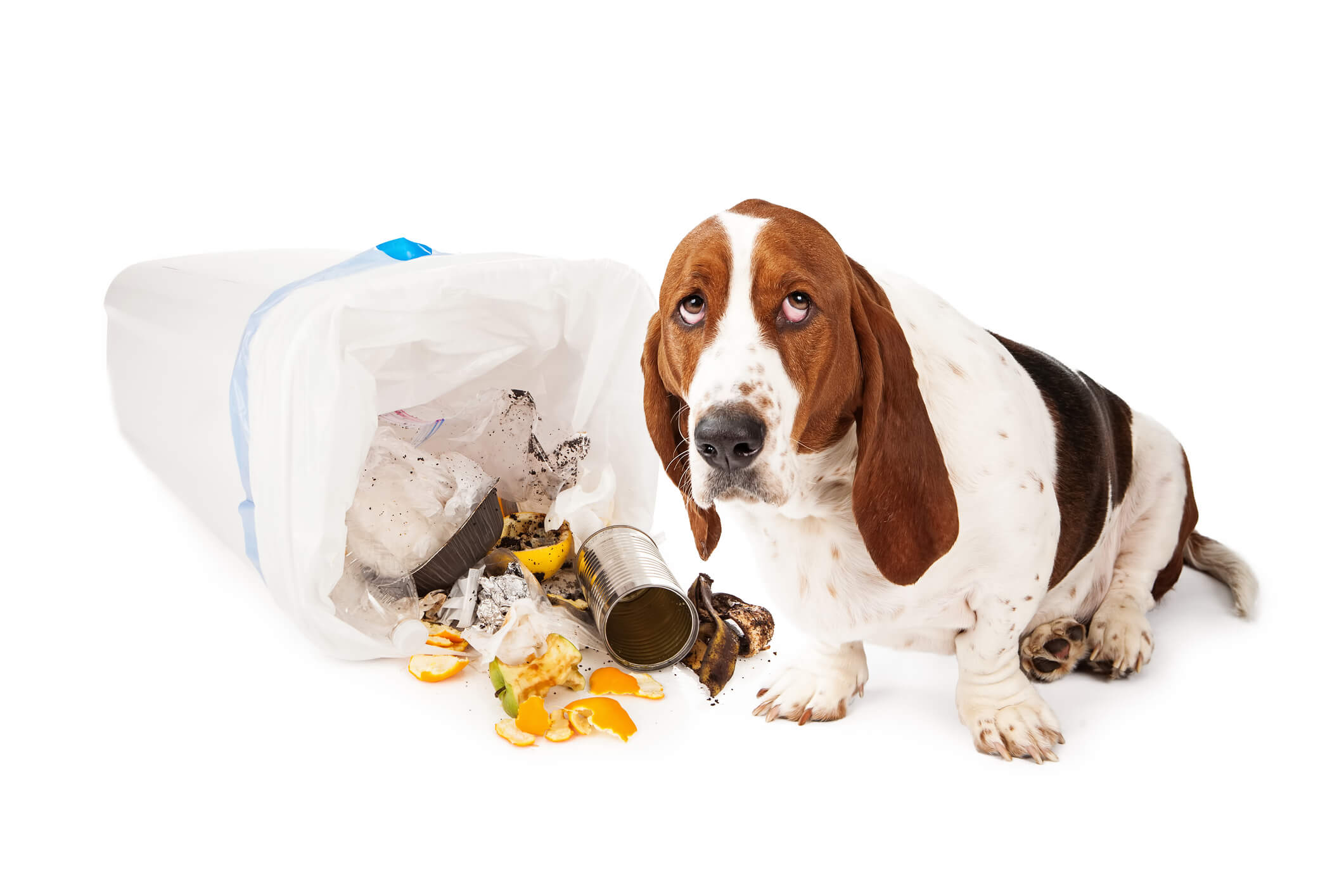 Garbage gut is associated with a long list of symptoms. Dogs with garbage gut may experience any combination of the following:

It’s worth noting that many of these symptoms have been linked to other diseases, so seek a medical diagnosis before attempting to alleviate the problem.

When to visit an emergency clinic

Experienced pet parents know that dogs don’t end up in the hospital every time they eat something other than their usual kibble. Still, owners should always monitor their pups for gastrointestinal upset, even if the dog only ate some crumpled tissues. You can’t know for sure how your dog’s gut will react to foreign objects, so it’s vital that you create a plan of action in case their condition goes from bad to worse.

The occasional loose stool is par for the course—bloody stool, on the other hand, is not. Blood indicates internal damage to the stomach or intestine, usually caused by sharp objects like chicken bones or a piece of plastic. Blood in the vomit is also cause for concern and warrants prompt medical attention.

Whatever symptoms your dog may experience, take them to an emergency clinic if symptoms persist for more than a few days. Recurring diarrhea and vomiting makes dogs dehydrated, which can quickly become deadly. Plus, loss of appetite usually means they’re not drinking enough water to replenish what they’ve lost.

Rare symptoms are a lot more acute and make it obvious when you should visit the pet hospital. Seek medical help right away if your dog experiences uncontrollable body movements, as this indicates a seizure that could lead to injury. A handful of pet parents have seen their dogs go into shock, which is characterized by laying still, unresponsiveness, weak pulse and cold limbs. 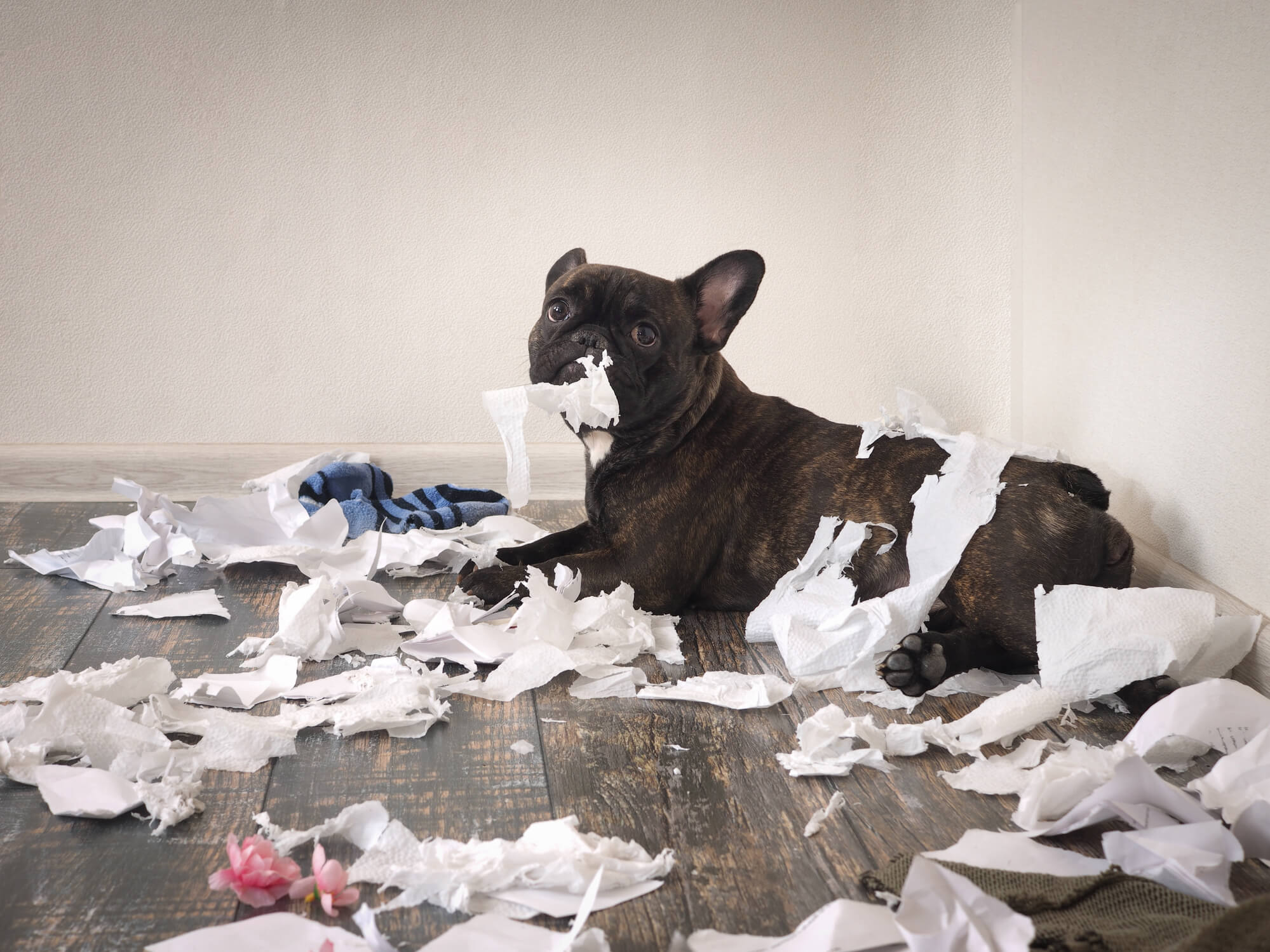 Steps for a speedy recovery

Treating garbage gut in dogs requires a combination of veterinary help and at-home care. After receiving a professional diagnosis, follow your vet’s instructions on how to help your pup recover from garbage gut.

Here are some common treatments your vet may recommend:

As with any condition, seeking veterinary help sooner rather than later will shorten the recovery period and prevent garbage gut from getting serious. The one bright side to garbage gut in dogs is that it’s easily treatable. Don’t wait around to see what happens—chat with your vet the second your pup looks sick. 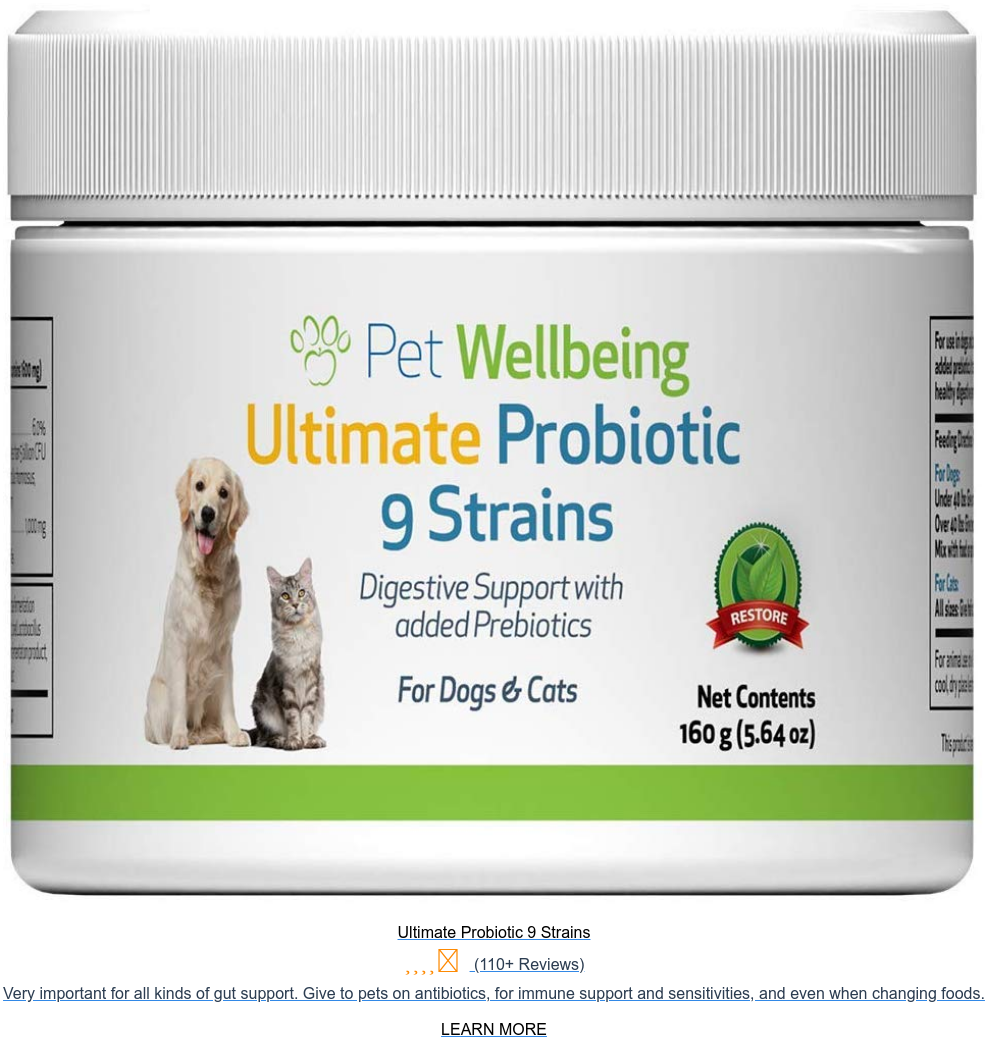 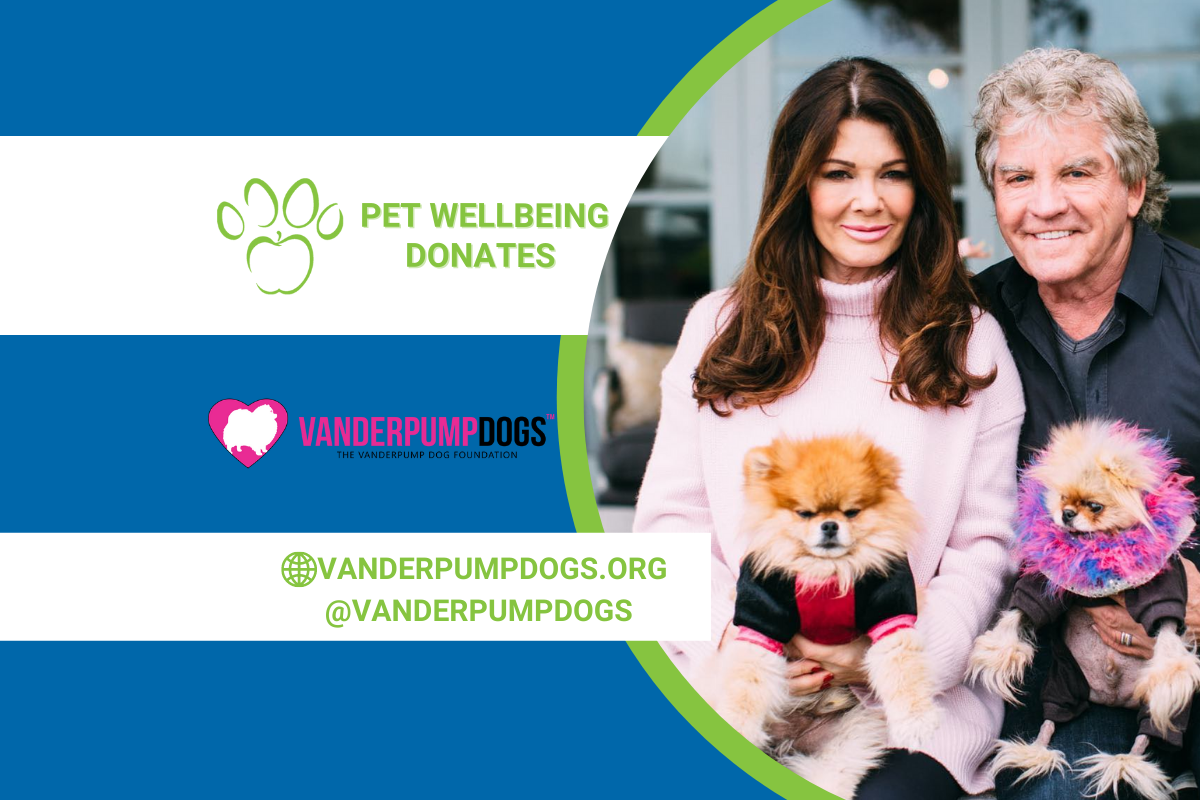