Is All That Scratching from an Ear Infection or Mites?

Ear problems are somewhat common in cats and are generally easy to spot. If your cat is constantly pawing or scratching at their ear, shaking their head and acting otherwise unwell, there’s a pretty good chance that something is going on in their ears.

However, there are multiple ailments that could be plaguing your cat’s ears, and it might be difficult to distinguish between them to ensure you’re administering the proper at-home care. Specifically, telling the difference between an ear infection and ear mites can be challenging. Fortunately, there are a few key differences between the two problems, which should help you identify what’s going on.

The first step in identifying whether your cat is suffering from ear mites or an infection is noticing that there is a problem in their ears to begin with. Because cats are fastidious groomers, we don’t always think to check their ears like we might with a dog. However, routine ear inspections and cleaning can help you notice when an ear problem is occurring and stop it early so it does not worsen.

If you notice any of these signs, it’s time to check your kitty’s ears. Under light, look into both of your cat’s ears to check for a foul odor, redness, swelling, wax buildup or discharge. If the ear isn’t light pink with just a little bit of earwax, there’s probably a larger issue at play.

Next, you’ll want to take a closer look to determine whether your cat is showing signs of ear mites or another type of ear infection. 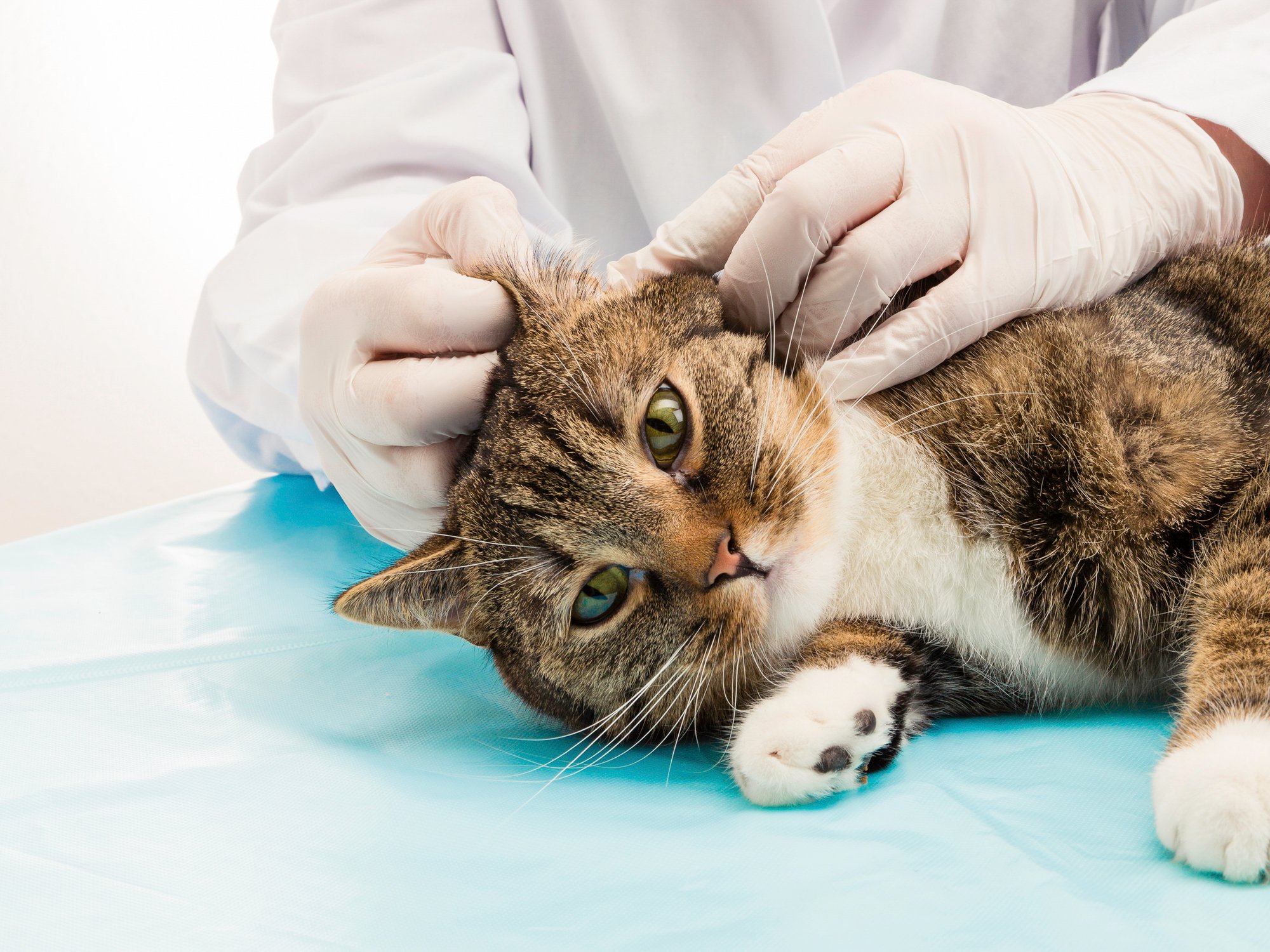 One of the most common problems to affect cats’ ears is an infestation of ear mites. Ear mites are tiny parasites that make a home out of your cat’s ear canal and feed off of the dead skin cells and oils there. This infestation and breeding inside the ear can cause severe itching, forcing your cat to scratch constantly to relieve the sensation in their ear.

Ear mites can cause redness and swelling of the ear, as well as a foul odor. The outside of the ear might even look dry or scaly. However, the major sign that your cat has ear mites and not an infection is the presence of dark reddish-brown waxy discharge that has a similar consistency to coffee grounds. Although you will not be able to see the mites themselves with your naked eye, this type of discharge is due to their presence causing a buildup of dried blood and skin from the ear canal.

Ear mites have the potential to do significant damage to the ear if they are left untreated. Their presence in the ear canal can lead to secondary infection, as well as middle and inner ear damage that could even put your kitty’s hearing at risk!

To treat ear mites, your vet may recommend a special ear cleaning solution that will cleanse the ear of mites over time and soothe any discomfort inside the ears.

The other major problem that could be affecting your cat’s ears is a bacterial or fungal infection. An overgrowth of bacteria or yeast can cause uncomfortable symptoms like redness, swelling, foul odor and wax buildup. The redness and swelling associated with ear infections is usually more severe than it is with mites. Ear infection discharge will also look different, often appearing black, brown, or yellow in color and looking sticky, waxy or goopy.

Typically, ear infections like these are caused by a buildup of wax, which traps bacteria or fungi and allows it to thrive, or by an underlying problem like ear mites, allergies or polyps. Unfortunately, many of these problems cause recurrent infections that require repeated treatments and prevention measures.

Treating ear infections usually requires a visit to your vet so they can determine the cause of the infection. Medicated ear drops or oral medication may be necessary, but your vet will need to test whether the infection stems from bacteria, fungi or something else before creating a treatment plan.

By taking a proactive approach to ear care, including checking your cat’s ears and cleaning them as wax builds up, you’ll be able to identify signs of ear problems and potentially even prevent them from occurring at all. 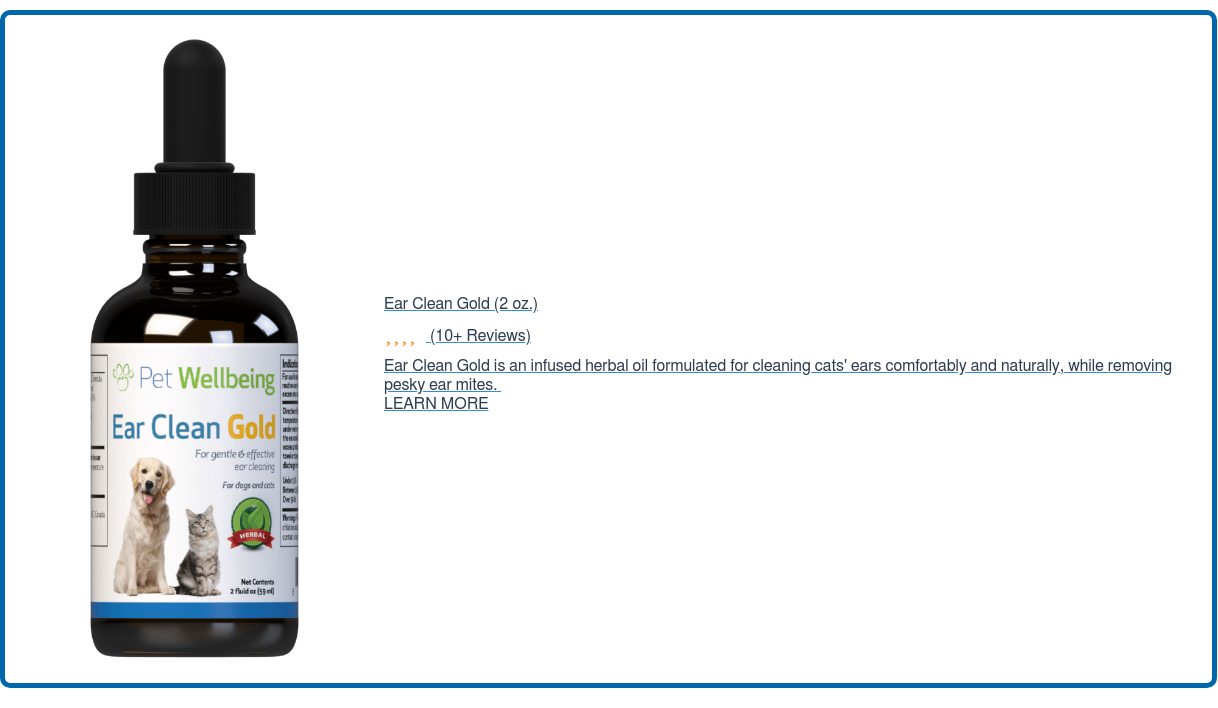 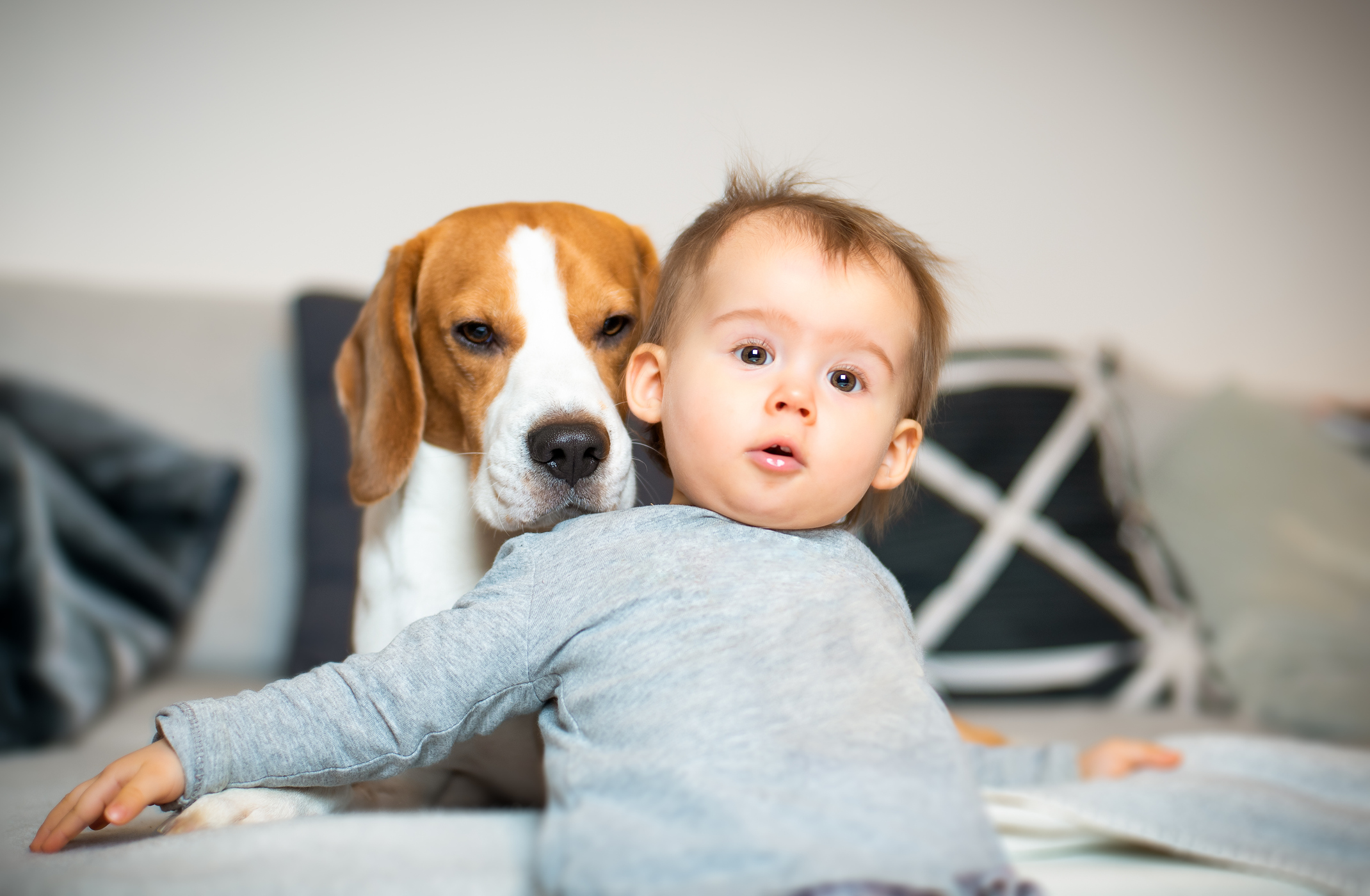 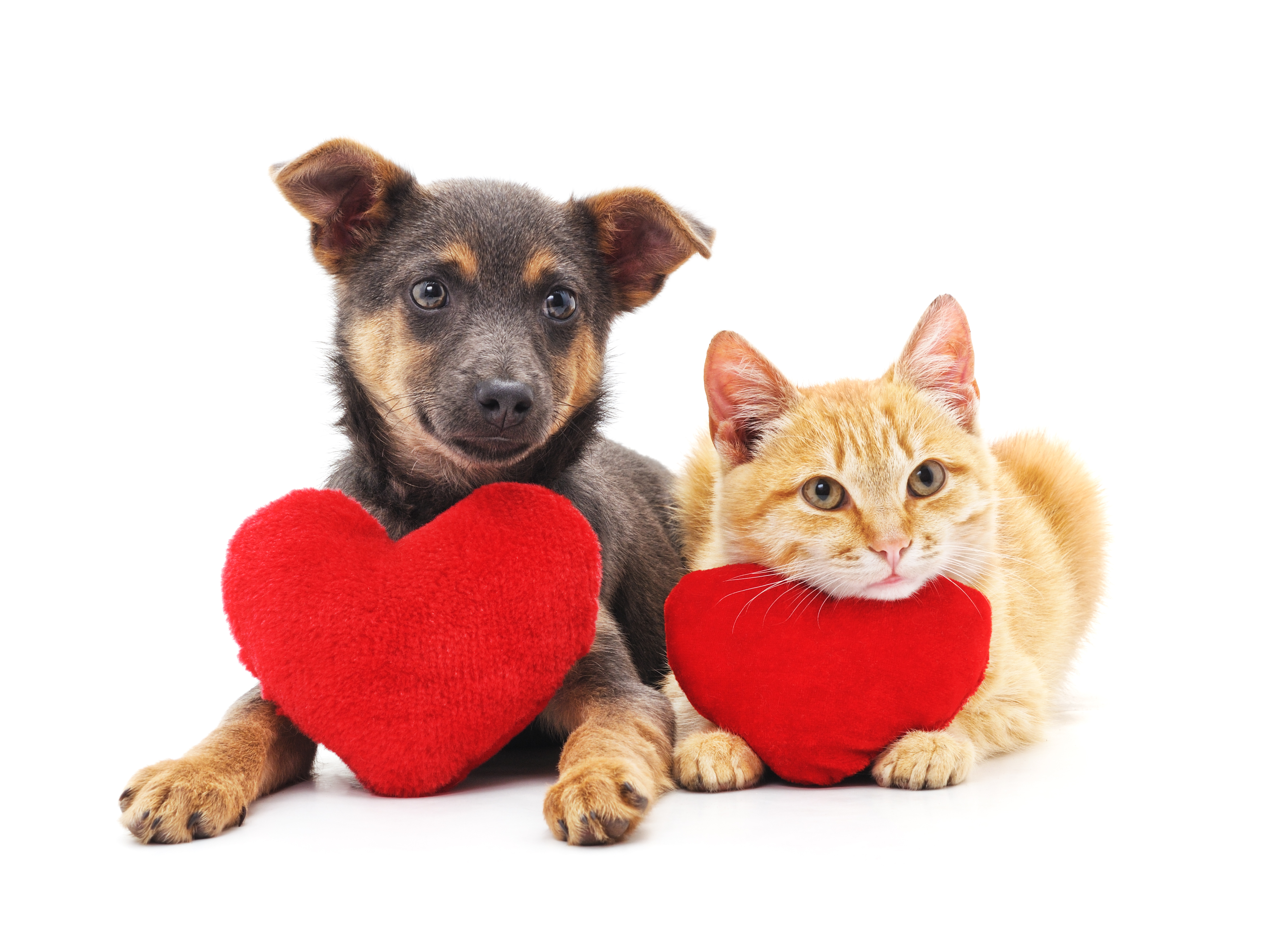 Give Your Pet's Heart Some Extra Love for American Heart Month