When it comes to ear infections, dogs are the usual suspects. Their floppy ears tend to trap water after swimming or fungi and cause gross infections that are itchy and uncomfortable. But cats get ear infections too—just not as often. Learn how to spot an ear infection and get the right help as early as possible before it gets worse.

Because cats are less likely to develop ear infections, many pet parents don’t know what feline ear infections look like. Additionally, there are multiple potential causes and types of ear problems in cats, so it can be difficult to know exactly what you’re dealing with. 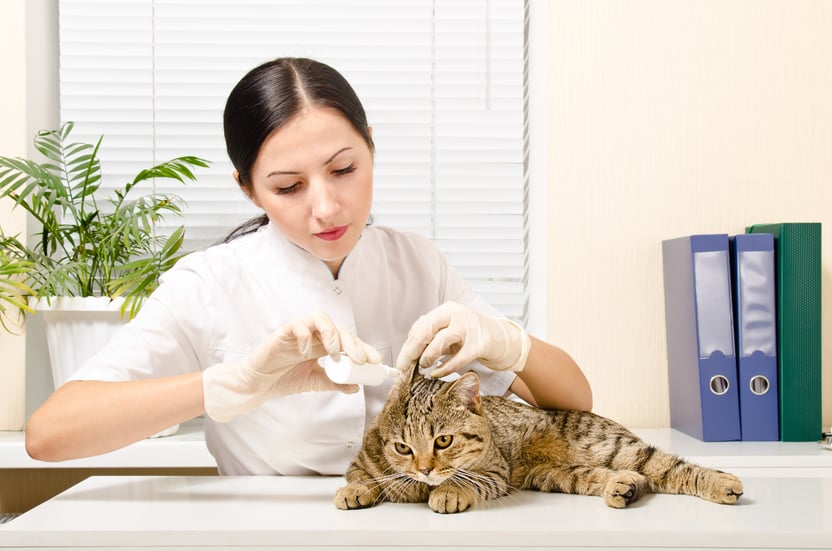 Some symptoms of feline ear infections will be behavioral, so you’ll need to observe your cat to pick up on its signs of discomfort. However, cats tend to mask their pain, so the easiest way to spot a feline ear infection is to check on your cat’s ears for physical changes.

You should make ear checks and cleaning a part of your cat’s grooming routine. That way, you’ll know what is normal for your cat’s ears and will be able to more easily spot changes and early signs of infection. Typically, your cat’s ears should be pale pink and have minimal ear wax.

Physical signs of ear infections in cats may look like:

If you see any of these signs when examining and cleaning your cat’s ears, you should contact a veterinarian right away. Your vet will likely need to conduct an examination of their own and test the discharge in the ear to determine the cause of the infection before creating a treatment plan.

Cats may also begin acting a little strange if they have an ear infection, paying a lot of attention to their ears and vocalizing or seeming in distress. Look out for these behavioral signs: 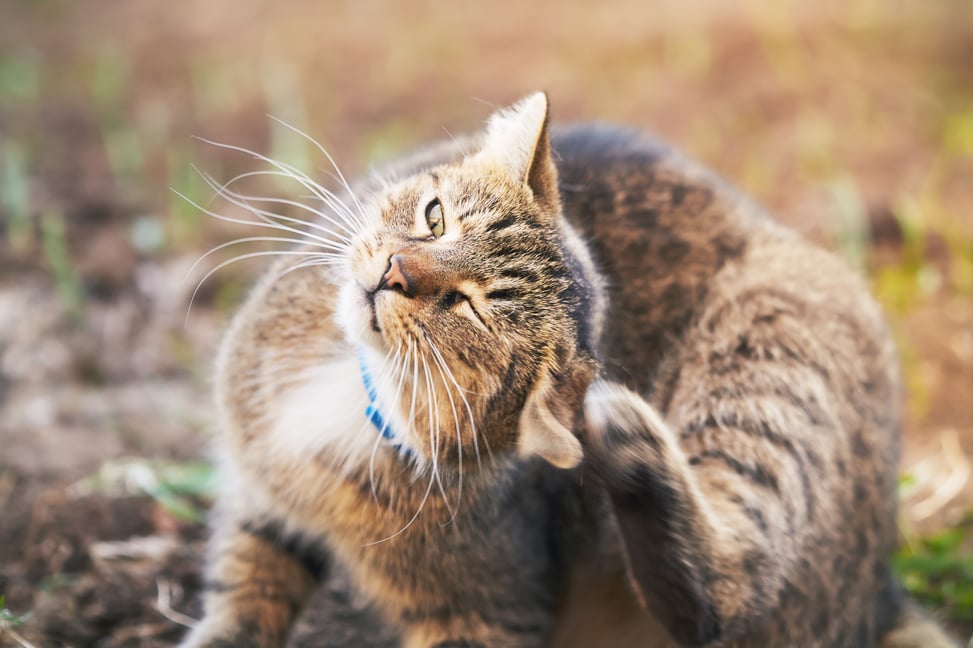 Again, if you notice these signs, contact your vet to set up an examination. The appearance of hearing loss and balance problems are generally more severe because they can indicate more severe ear infections or infections that have progressed to the inner ear over time.

If cats get ear infections so frequently, what causes them in the first place? Generally, feline ear infections stem from ear mites - tiny parasites that spread easily between cats - or through secondary infections.

When ear mites are present, the discharge in your cat’s ear will look reddish-brown, similar to coffee grounds. If you notice this while checking your cat’s ears, you’ll want to contact the vet and get an ear cleaning solution to kill the mites. Your cat may require additional treatment to clear up any secondary infections that may have occurred.

Cats that have chronic health problems such as allergies, feline herpesvirus or other immune problems may be more susceptible to chronic ear infections. The inflammation that is caused by the initial health problem can increase ear wax production, leading to the entrapment of a lot of bacteria and yeast. When these microorganisms have a place to flourish, they can take over and cause infection easily.

Fortunately, with regular checks and cleaning of your cat’s ears, you should be able to mitigate the possibility of ear infections or at least catch them early enough to treat without any severe side effects! 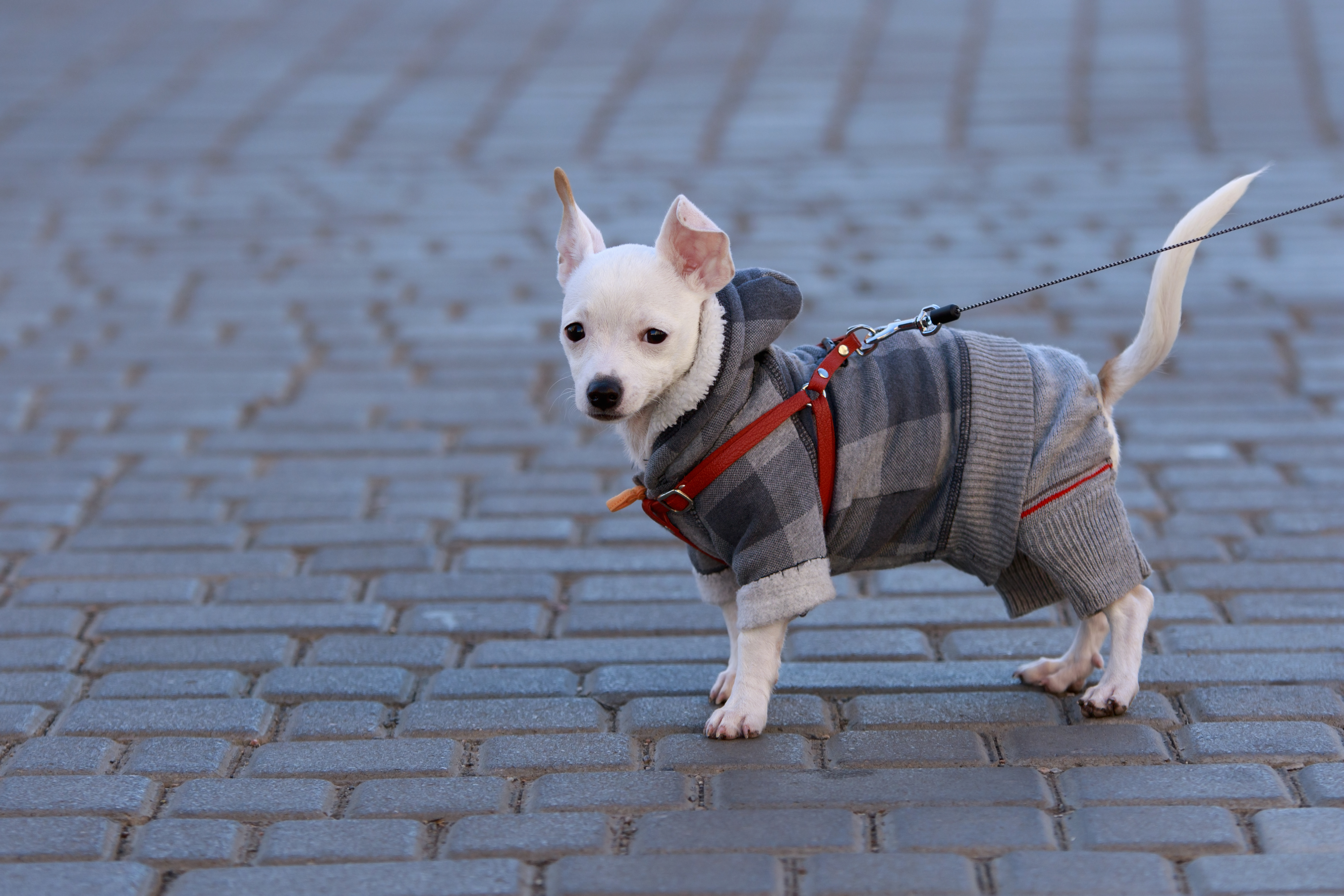 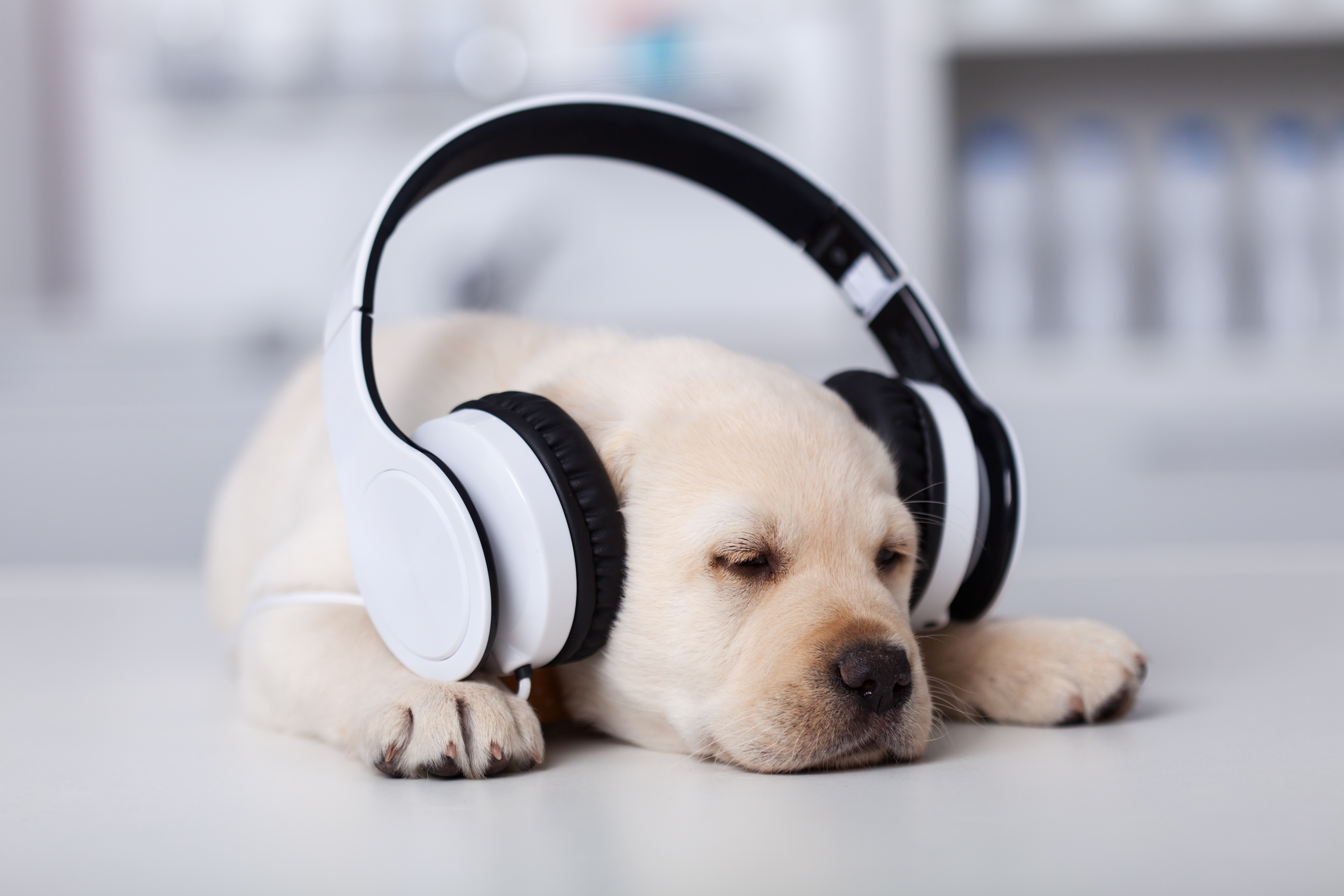 Science Explains How Music Can Affect Your Pets

Mango is a lot of orange Maine Coon to love, and at 23 lbs. he is a big boy with a great big heart. He is calm, loving, very intuitive, and has been deeply connected to his mom since his first day home. Poor Mango became extremely sick after his 2nd vaccination and had to be hand fed back to health. Shortly after he gained a lot of weight, started coughing, and was diagnosed with Pleural Effusion. It was a serious combo of Pet Wellbeing products that gave this big orange kitty a second (or third!) shot at a happy life.

Goliath Saved His Skin with Some Special Senior Support

Goliath moves like a wild cat. Before he slowed down with age, he needed to be outside to be truly happy. He loves to run, climb, and even sleep in trees like his bigger cousins in the wild! Early in the year, Goliath was diagnosed with the strange sounding "long-term anemia" and slowly developed a habit of incessant scratching. Nobody quite understood the connection but the scratching started to deteriorate into painful wounds. What’s a cat dad to do?

Keep Your Cat Active & Stimulated While Stuck Inside for the Winter

For cats that venture outside, summer is the most exciting time of the year. Warm weather means there are plenty of plants to sniff and animals to hunt. Outdoor environments help cats stay in shape and sharpen their minds. With so much to explore, outdoor cats can easily stay entertained all on their own. But when the snow begins to fall, cats spend a lot more time cooped up in their homes.