Rescue Pups May Have Bad Habits: Be Patient With Them!

All too many dog owners miss out on the joys of adopting a rescue pup. They see behavioral issues and go running to pet stores, instead. Behaviors like aggression and separation anxiety deter people because they believe rescue pups are damaged forever. What they fail to see is that all dogs need training, regardless of whether they’re rescued, adopted or store bought. Rescue dogs aren’t a lost cause—they’re still capable of giving and receiving love!

Before scoping out rescue organizations, familiarize yourself with the most common bad habits or in rescue dogs and how to help them overcome them.

When a pet parent brings home their new rescue pup, it’s common for them to notice signs of resource guarding and food aggression. The dog might keep precious objects like toys close to them at all times. They might stand over the possessions and growl when someone draws near, even if you have no intention of taking the object away. Similar behaviors can crop up during meal times because the pup wants to prevent you or other pets from stealing their food.

Rescue pups often display signs of resource guarding and food aggression if a previous owner neglected them or if they had to fend for themselves on the streets. In either case, the dog became possessive over food because they never knew where or when they’d get another meal. If your dog is hoarding toys and bones, it’s probably because they’ve never had such luxuries and want to make sure no one steals them.

Luckily, there are a couple training strategies pet parents can practice with their rescue pups during their transition home. During meal times, separate the dog’s food into smaller portions and slowly add more to the food bowl. Instead of snarling at you to back off, the rescue pup will eagerly look to you for more kibble. To discourage resource guarding, offer a high reward like their favorite treat so your pup is willing to give up the guarded object.

Aggression toward people and pets 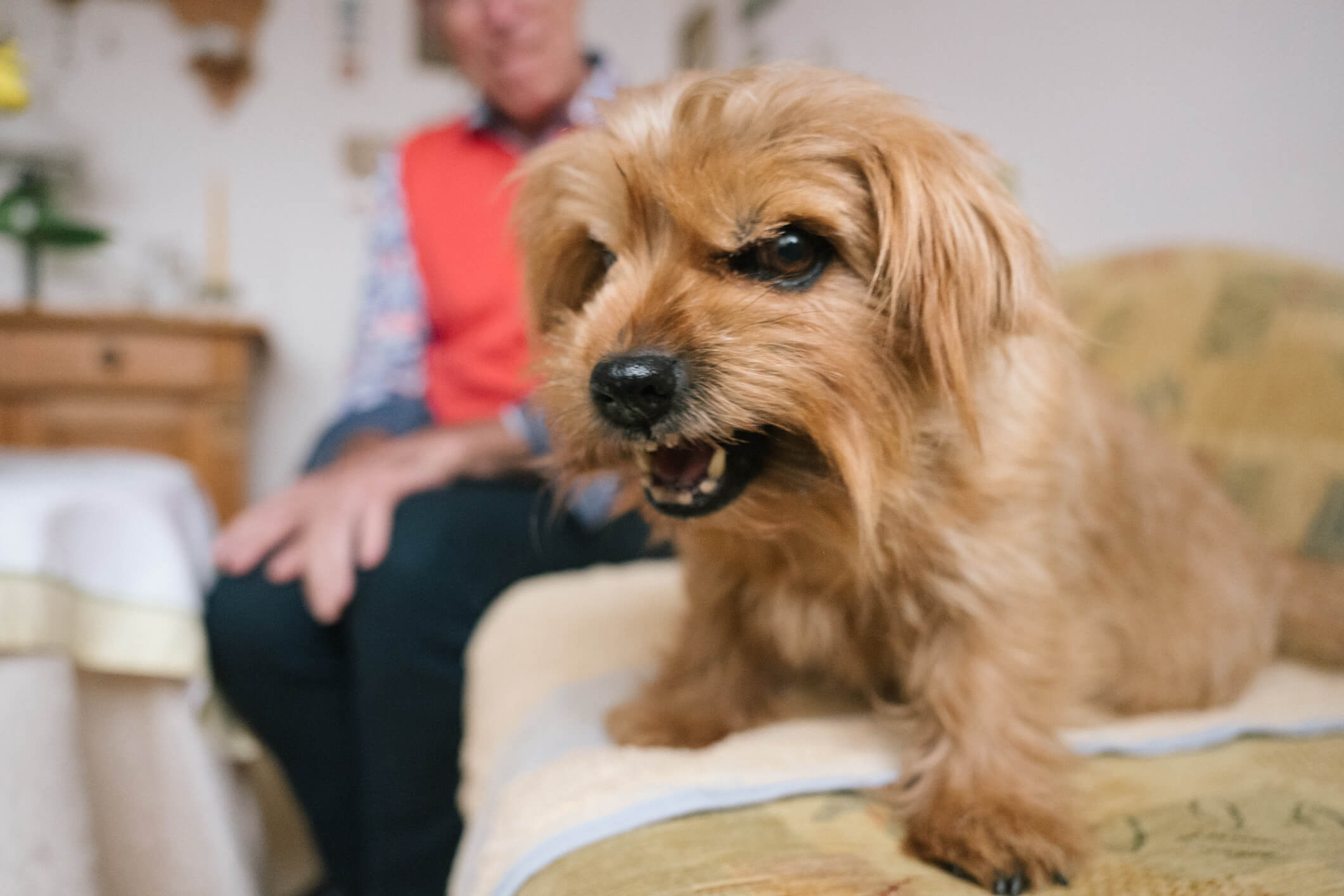 The signs of aggression in dogs are usually obvious—snarling, barking, standing tensely and baring their teeth. Pet parents should pay close attention to what triggers their dog’s aggression. It could be children, men, strangers or other pets. Just like humans, dogs have a fight-or-flight response to fearful situations. Aggressive behavior means they’ve entered fighting mode and are prepared to defend themselves against a threat.

Aggression in rescue pups can seem confusing and alarming. You’ve done everything to make the dog feel loved in their new home, so why are they acting out? Pet parents must first understand that nothing’s wrong with their new pup. Rescues may instinctually lash out because they came from abusive owners. If your dog was formerly a stray, they probably had their fair share of violent encounters with territorial animals.

Rescue pups don’t have to live like this forever. Give your home a calming atmosphere and allow the dog to come to you on their own terms. If they get aggressive, patiently wait at a safe distance away until your dog feels comfortable enough to approach. Reinforce positive interactions by giving the pup one of their favorite treats or chew toys when they have positive interactions with members of your household. Establish the crate as their safe space so your dog has somewhere to retreat to when they need a break from others.

While some rescue dogs get aggressive, others are brimming with separation anxiety. An act as simple as walking into a different room can trigger pacing and excessive vocalization. You might arrive home from work only to find the house in complete disarray. Anxious pups follow at the heels of their owners, constantly whimpering for attention.

Owners who find this behavior unnecessary should look at the situation from the rescue pup’s perspective. You would never abandon your new furry friend, but they don’t know that! For most rescues, abandonment is all they’ve ever known. Whining and destructive behaviors are calming mechanisms that result from getting shuttled to different foster homes or turned loose by owners who could no longer take care of them.

Training can help rescue pups grow out of separation anxiety. Start off by crate training your dog to protect both the pup and your belongings when no one is home. Then, practice leaving the house for small increments of time. When you walk back into the room, reward your pup for spending time by themselves. Slowly increase the time you’re gone until the rescue pup feels comfortable enough to stay home alone while you run errands or go to work.

Every adopted pet needs an adjustment period. However, rescue dogs in particular might come with a traumatic past that requires extra love and patience. When times get tough, remember that all your pup wants is to be happy. There are plenty of success stories that prove the two of you can get through anything!

Why Rescuing a Cat is the Best Way to Adopt 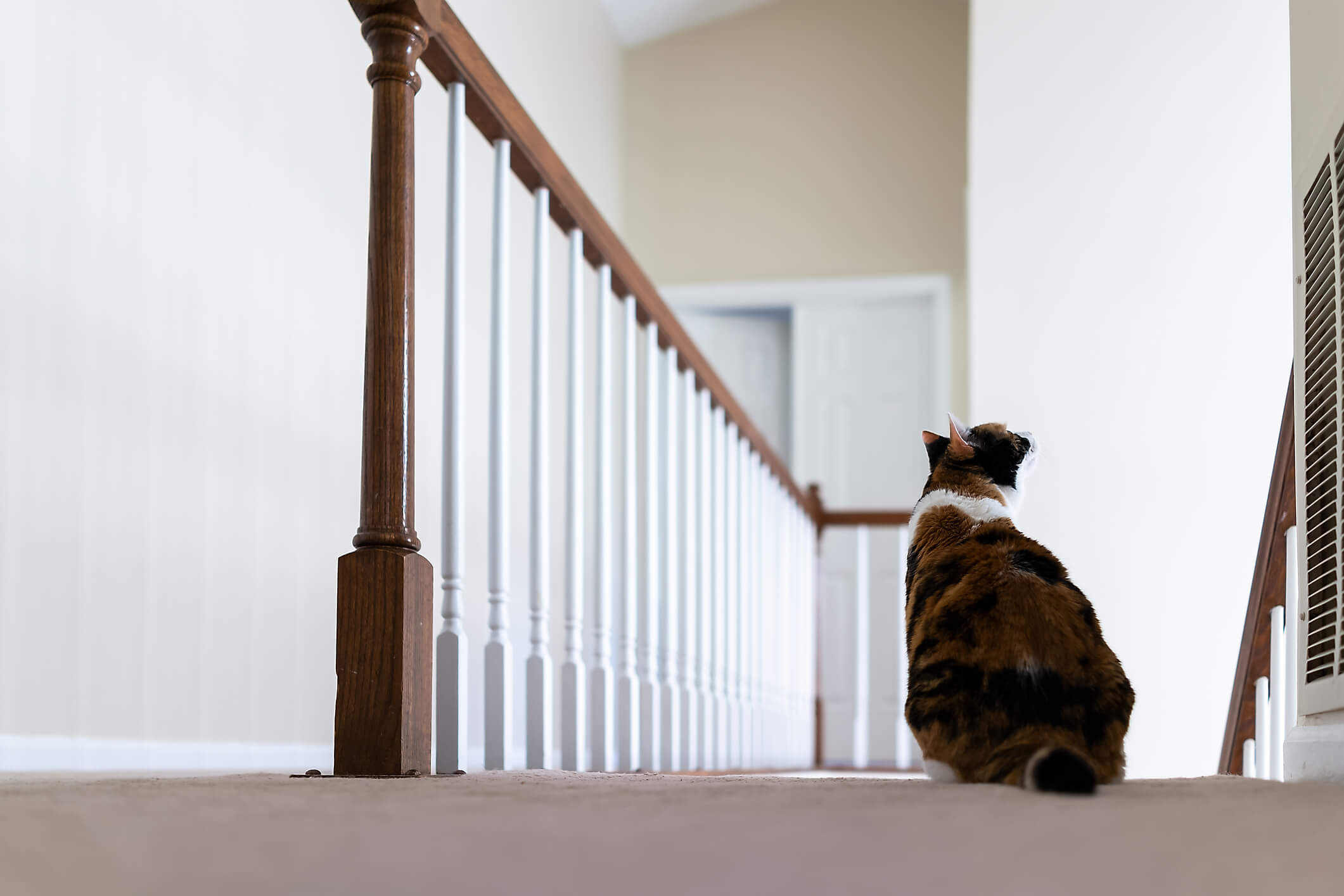 Your Cat's Reluctance to Jump Might Mean a Painful Joint Issue