We’ve all heard of the spooky superstitions involving black cats on Halloween. The legend goes that if a black cat crosses your path, bad luck is soon to follow. If it happens on All Hallows' Eve, it’s even considered a death omen! Others believe that black cats are witches in disguise. Needless to say, black cats get a bad rap!

The problem is, these are all superstitions and fables, but too many people believe them to be real or rooted in truth. As a result, violence toward black cats ticks up during the month of October. Sadly, black cats are more likely to become targets for mischievous kids and people with paranoia.

We’re here to shed a little light on the origins of black cat lore and, hopefully, save our feline friends from a little grief this Halloween season.

The origins of black cat lore

The reason superstitions are so heavily tied to black cats is because almost every culture has some variety of black cat lore attached to it.

In medieval Spain and France, black cats were associated with witchcraft and bad luck. Some scholars suggest this dates back to Pope Gregory IX in the 1200s, who ordered a purge of black cats…which was eventually followed by the Black Death (bubonic plague) in the 1300s. While this has been widely debunked, it still formed the basic ties between black cats and bad omens. 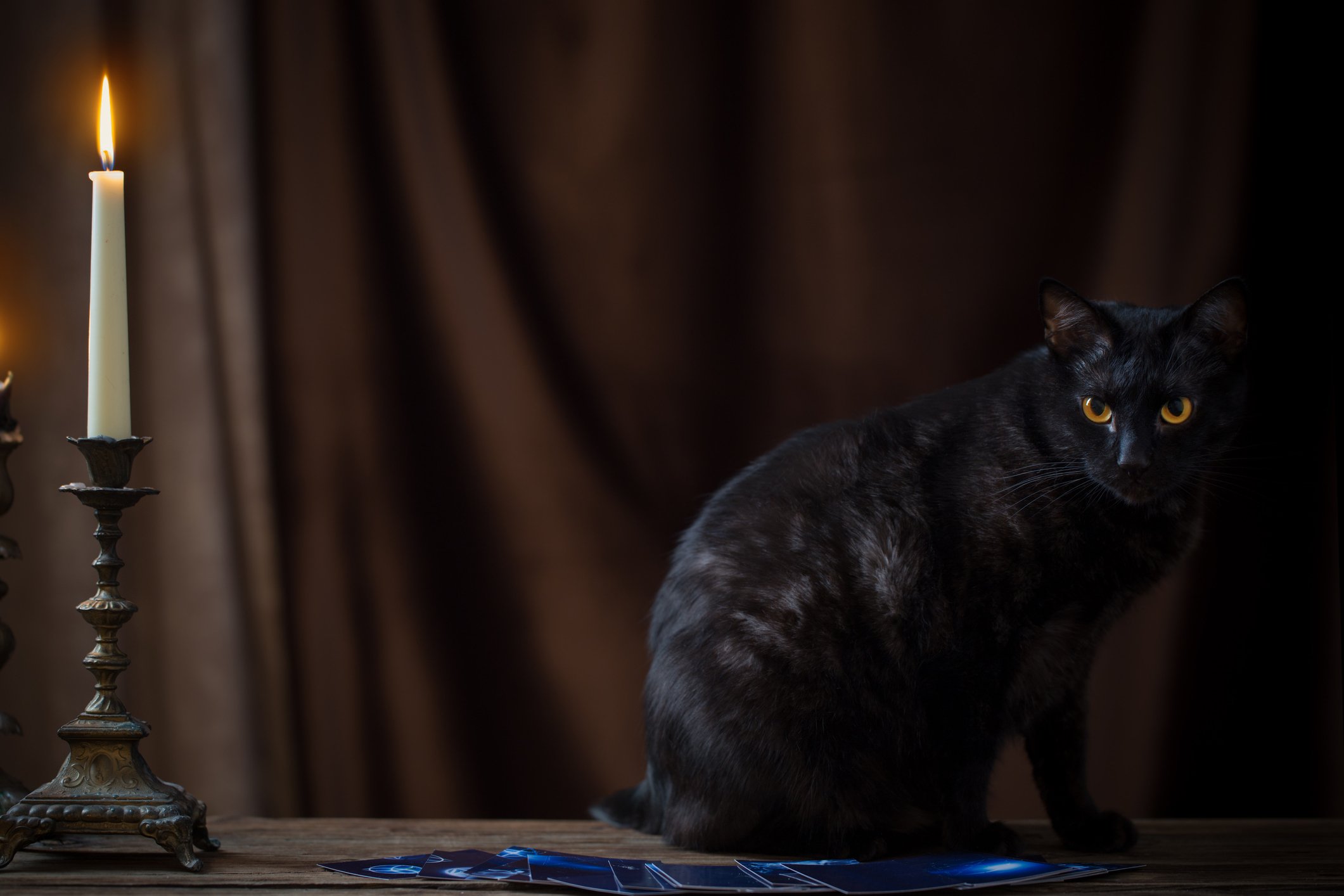 There are also fables and stories in other cultures that reference black cats as witches. In old English, there’s a story about two people walking along a river, when a black cat crosses their path from left to right. They throw stones at the cat and hit it in the leg, causing it to flee to the nearby home of a widely suspected witch. The next day, the woman is seen limping, affirming the theory that she was the cat in disguise.

Black cat omens even date back to ancient Egypt! The cat goddess Bast (or Bastet) is almost always pictured as a sleek black cat. The lore says that Bast offered protection for those who worshipped her and bad luck for those who didn’t. Protection took the form of a black cat that slept at the edge of your bed to ward off evil; bad luck came without a cat sentry to safeguard you in the night!

When you consider that North America is largely made up of immigrants, it makes sense that many of these superstitions now exist here. In fact, they date back to colonial days! Black cats became synonymous with witches and bad luck in the new world, leading many to avoid them or even kill them in the early 1800s.

These days, most people have enough sense to recognize black cats as nothing more than a cat of a certain color. We know that lore, superstition, fables and legends aren’t real…or at least most of us do! These days, black cats on Halloween are purely symbolic—an homage to the spooky origins of the holiday and its macabre concepts.

When you think about it, there’s nothing inherently spooky or superstitious about a pumpkin either—and that’s the defining image of Halloween! 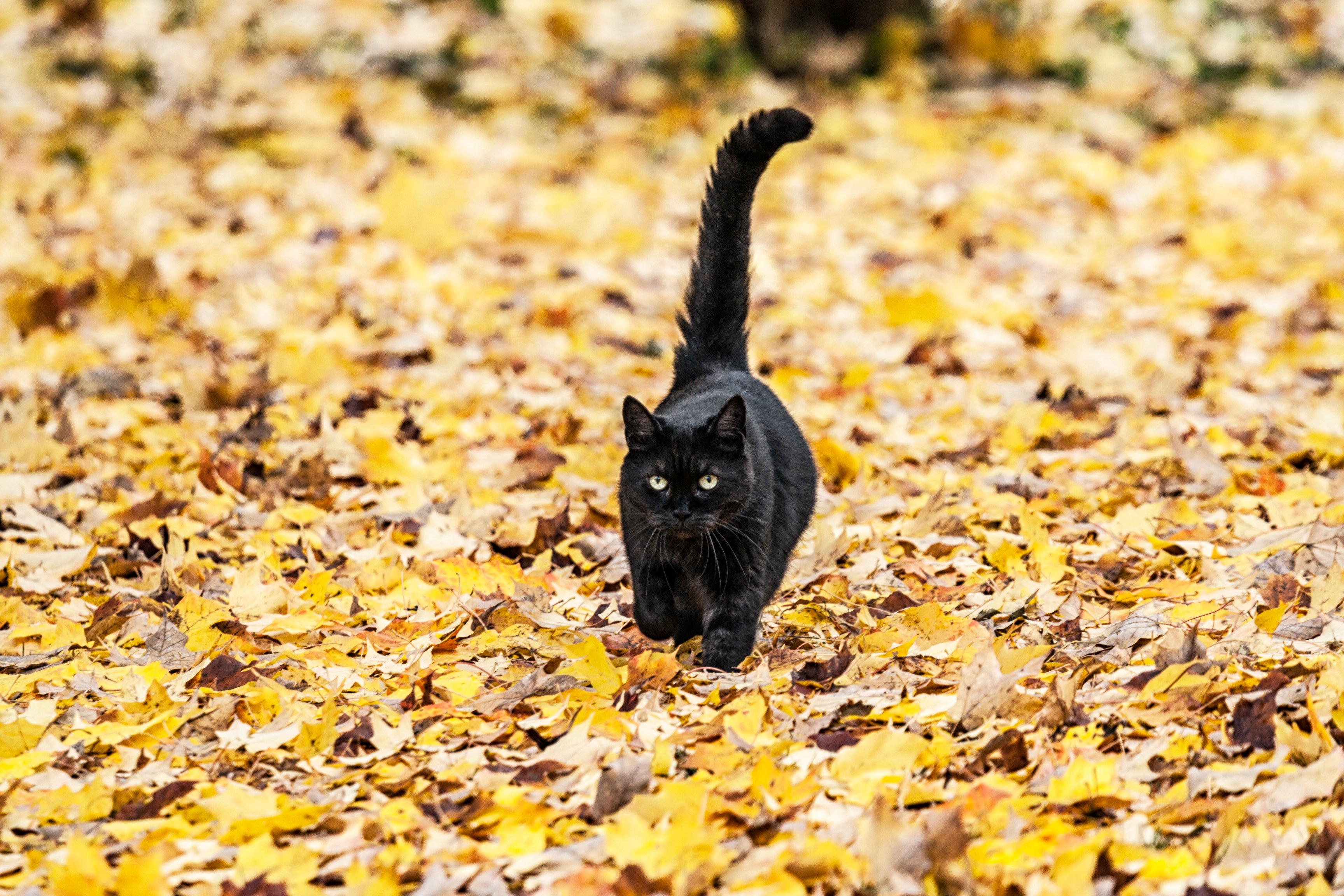 Sadly, for some people, it’s hard to break from tradition or superstition. As a result, black cats have a bad time around Halloween.

In some areas, black cats are hunted or attacked based on their associated superstitions. People believe they can ward off bad omens or bad luck by injuring or killing a black cat. Because of this, outdoor cats and strays tend to become targets.

Studies have also shown that black cats are less likely to be adopted compared to other fur colors—especially during the Halloween season. As a result, black cats tend to spend more time in shelters. To make matters worse, many shelters have to put a moratorium on adopting black cats before Halloween, for fear that adopters will harm them.

If you have a black cat or happen to cross paths with one this Halloween, there’s no need to be afraid. Instead, show your furry friend a little love—they deserve it! From Bast, to the black death, to witchcraft and the lingering superstitions that make them a target today, black cats have been through enough over the years! Instead, settle for a few good pets and you’ll see that a little love triumphs over any sort of bad luck. 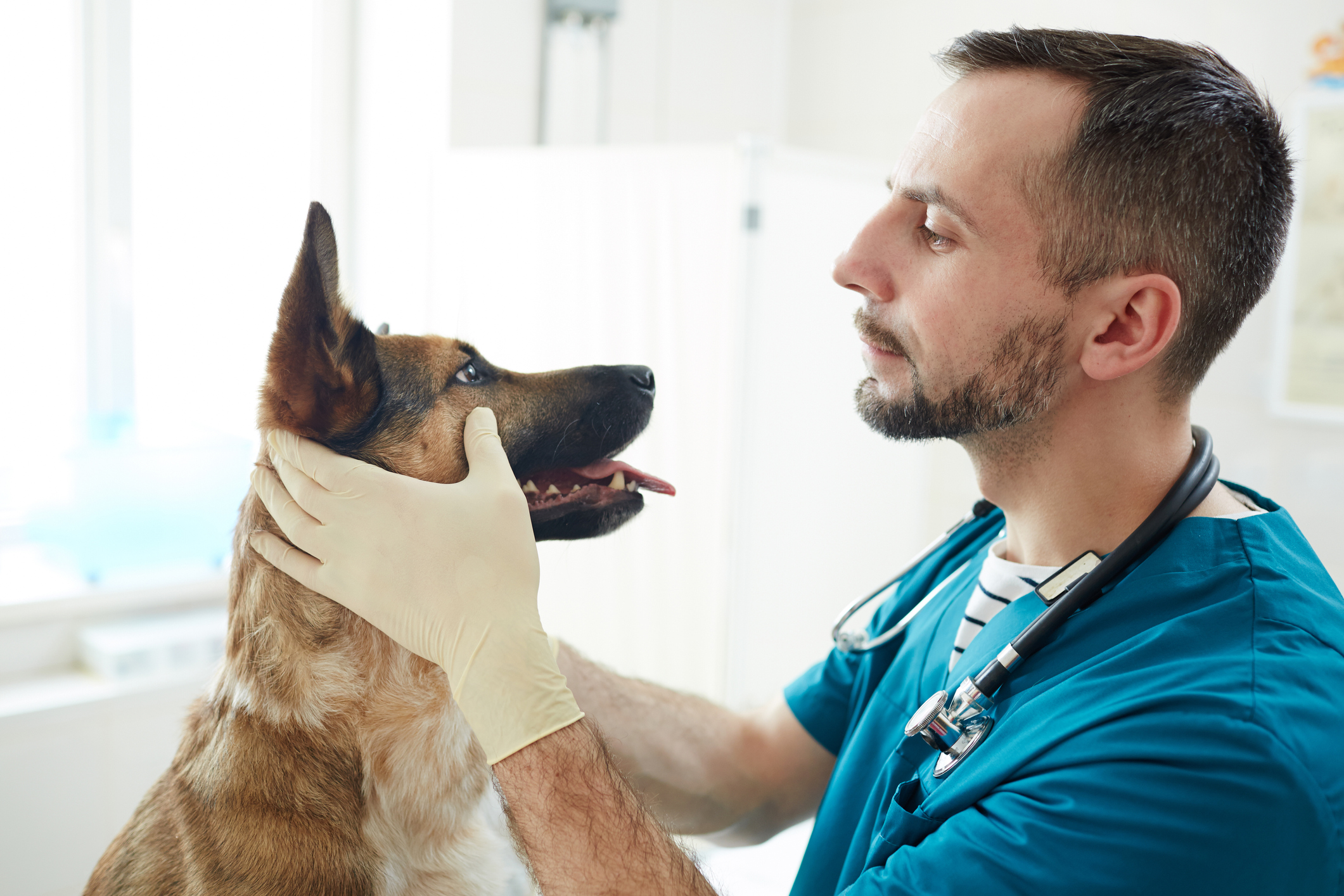 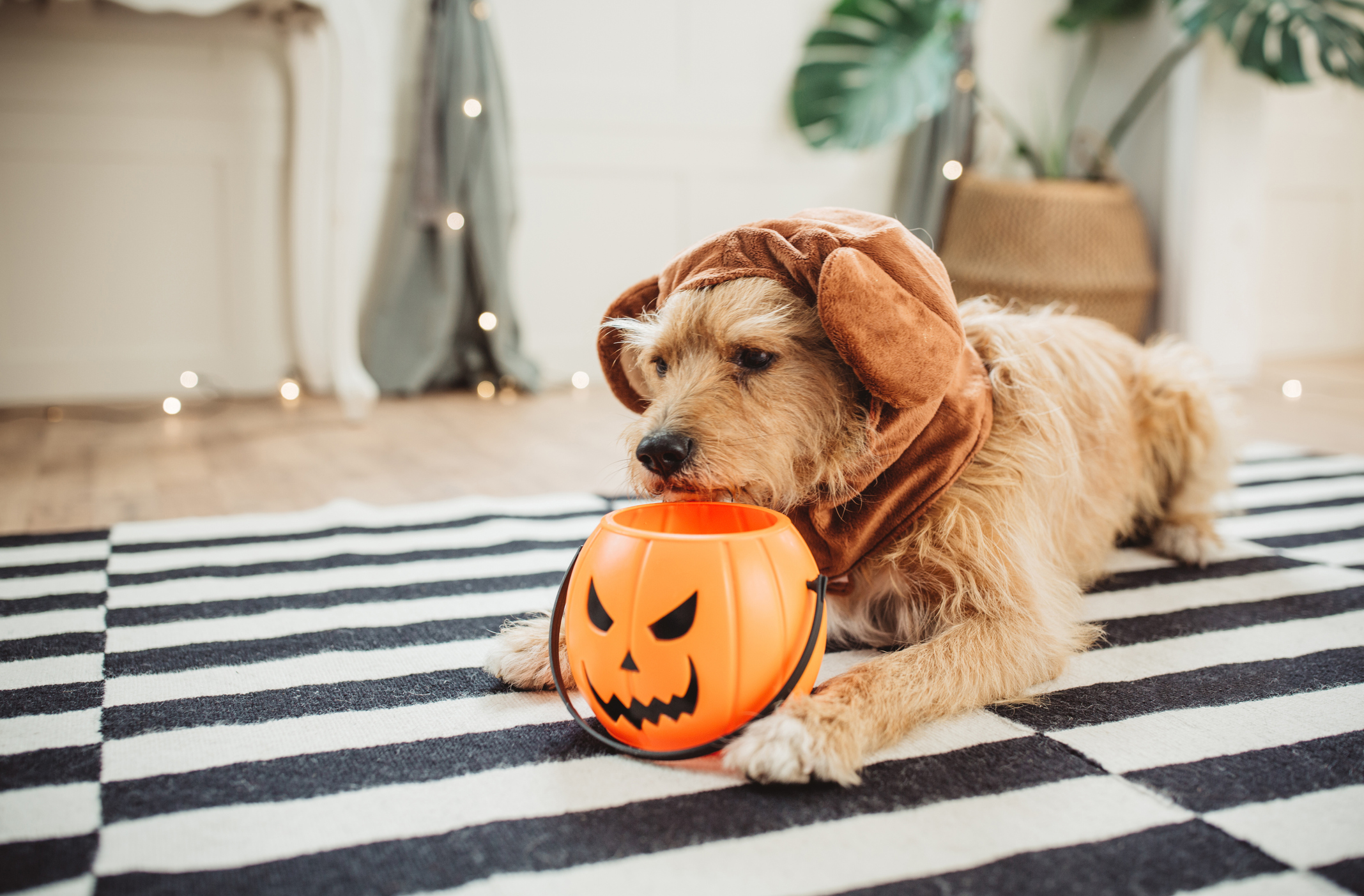 Beware the Dangers of Halloween Treats for Dogs

Pets Can Suffer from Sleep Apnea, Too!

Our pets spend a large chunk of their days sleeping. Whether they’re curled up in bed beside us or napping throughout the day, cats and dogs enjoy snoozing. However, with a lot of sleep comes the risk of a few sleep disorders like sleep apnea.

These 6 Overlooked Pet Care Routines Are So Important

There’s a lot that goes into taking care of a pet. Just like humans, cats and dogs are complex creatures that need a lot of attention. Unfortunately, the amount of care pets need sometimes leads owners to overlook a few aspects of their health and wellbeing.

Pet Acne: What Is it and How Can You Treat It?

Humans are no strangers to blackheads and zits. Acne plagues our skin for a number of reasons, and it can be difficult (and sometimes painful!) to get rid of. But did you know that pets can suffer some of the same skin afflictions?