What is Going on With Your Cat's Abrupt Twitching?

Cats’ behavior is not always explainable; sometimes, they do strange things that we just don’t understand. From random meowing to jumping at the sight of their own shadow, there are a lot of cat behaviors and reactions that might perplex us.

One “strange” behavior some cat parents notice, however, actually has an underlying medical explanation. If your cat begins twitching and scratching intensely out of nowhere, don’t write it off as just another strange behavior. These symptoms may actually be indicative of hyperesthesia syndrome, or twitch-skin syndrome.

Catching the signs of hyperesthesia syndrome

When cats experience hyperesthesia syndrome, their backsides become extremely sensitive. Feline hyperesthesia syndrome causes abrupt “episodes,” during which cats will display one or more symptoms for seemingly no reason. These episodes can last between a few seconds to a few minutes long, after which the cat will typically return to their normal behavior pattern. The name of the disorder, “hyperesthesia,” is mostly related to this hypersensitivity of the muscles and skin in the rear, which triggers the episode.

One of the main symptoms is a significant twitching of the skin, which can look like rippling or rolling. Experts believe this may be caused by a muscle under the skin responding in an oversensitive way.

Another key symptom is the sudden occurrence of intense scratching, biting and/or licking of the back, tail and rear legs. Cats may do this in response to the itching, twitching feelings they experience under the skin.

Some cats show other symptoms during their episodes, including: 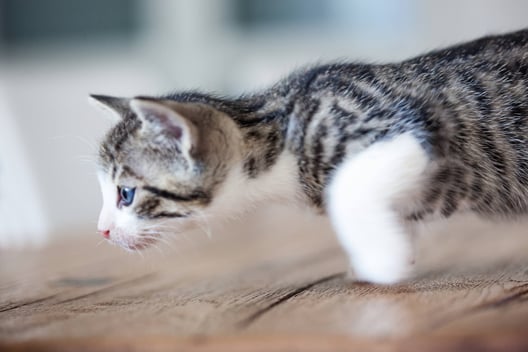 Cats experiencing a hyperesthesia episode might also appear agitated and erratic, acting very unlike themselves for a few minutes.

Because of the biting or licking that often occurs during an episode, cats may experience some form of hair loss near their back and tail. However, hyperesthesia syndrome is not a life-threatening or very dangerous condition in cats. Its problems mainly lie in the potential for self-injury, including mutilation of the back legs and tail, hair loss and infection caused by the introduction of bacteria into wounds. The condition may also be somewhat distressing for cats to experience on a routine basis.

If you notice your cat suddenly going crazy, biting or licking at their back repeatedly and seeming otherwise erratic, wait for the episode to pass. Don’t attempt to subdue the cat, or you might get injured. Contact your vet right away to make an appointment and have your cat examined. 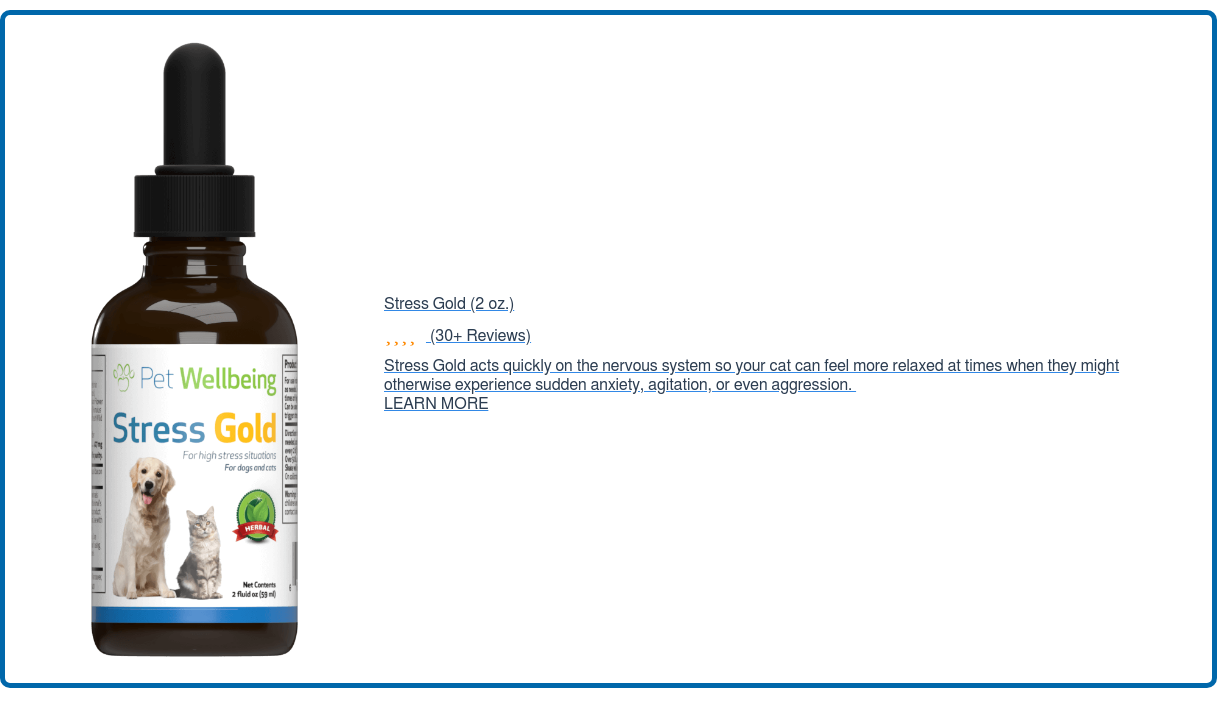 The true source of hyperesthesia syndrome is not well understood. Some experts think it is linked to seizure disorders, while other believe it may be a neurological disorder or a form of anxiety or obsessive-compulsive disorder.

Despite the lack of a specific cause, however, some things are believed to trigger symptoms when cats have developed the syndrome:

Diagnosing twitch-skin syndrome can be challenging—a diagnosis is most often reached once other similar problems have been ruled out. If you see your cat beginning to scratch or twitch abruptly, it might not be hyperesthesia syndrome at all. It might actually be a more common health problem related to the skin or nervous system, such as:

Treatments and cures for hyperesthesia syndrome can also be difficult to pinpoint. Some medications are available to suppress episodes, while behavior modification and training may work in some cats to prevent episodes entirely. Reducing stress in the home and helping your cat maintain stable behavior may also be useful in reducing the frequency of its twitch-skin symptoms. 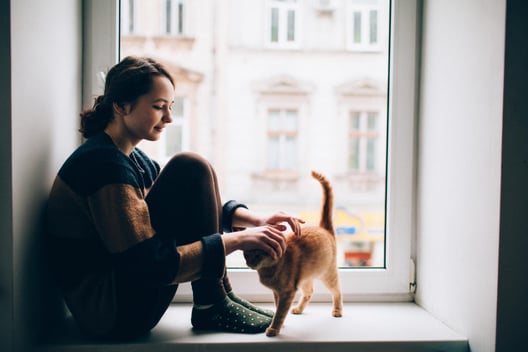 Try to pinpoint things that trigger episodes in your cats, including scratching of the backside and stress. Avoid overstimulating the cat’s backside and the muscles that are hypersensitive by not scratching the rear legs, tail or lower back. Also, try to maintain stability in the home to avoid stressing your cat out.

Cats that harm themselves by over-grooming or biting their backsides intensely during hyperesthesia episodes may need to wear an Elizabethan collar to protect themselves.

By working with your vet and observing your cat’s behavior to identify potential triggers, you should be able to help your cat manage their condition and maintain their comfort for the rest of their life. 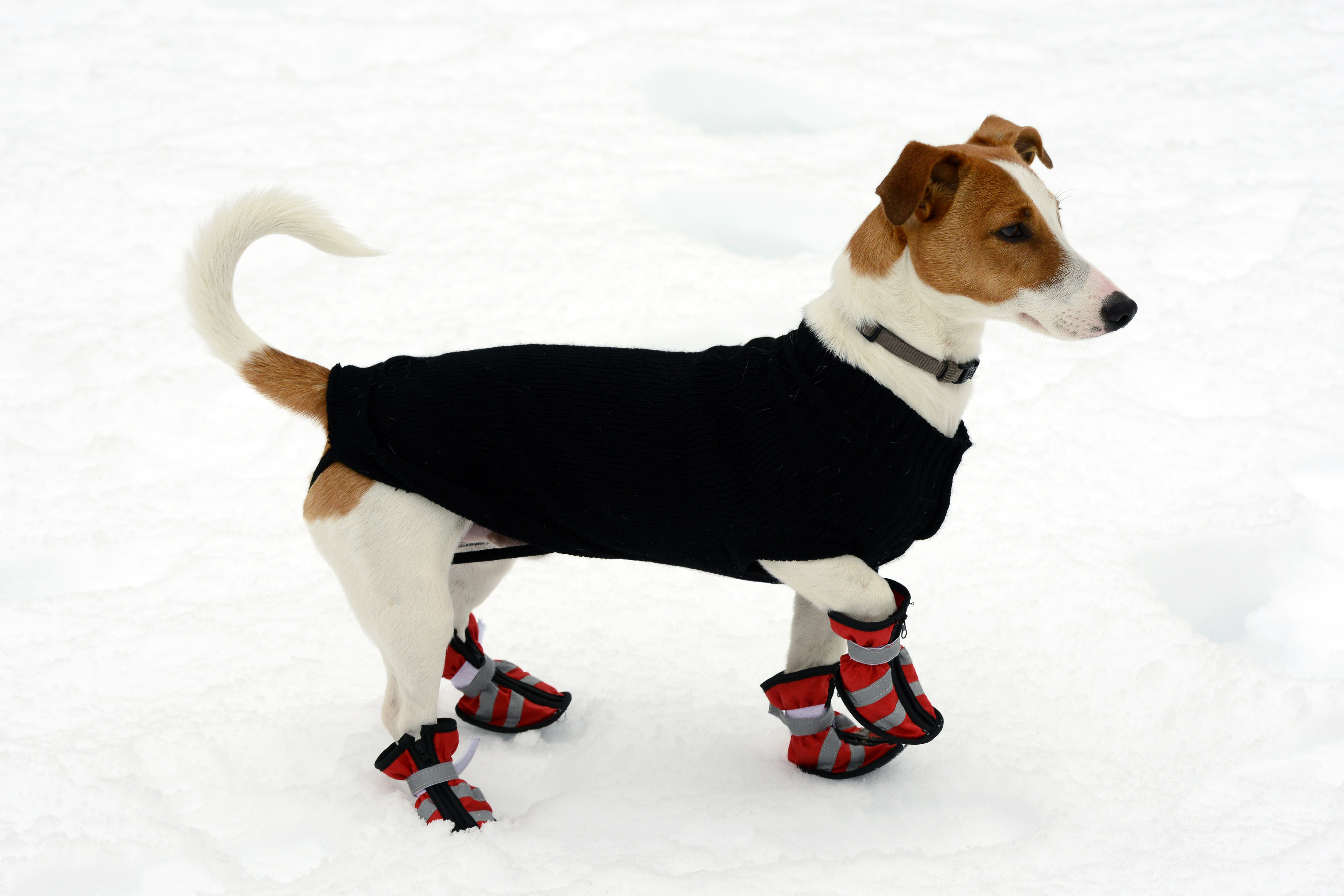 Do Dogs Really Need Boots in the Winter? 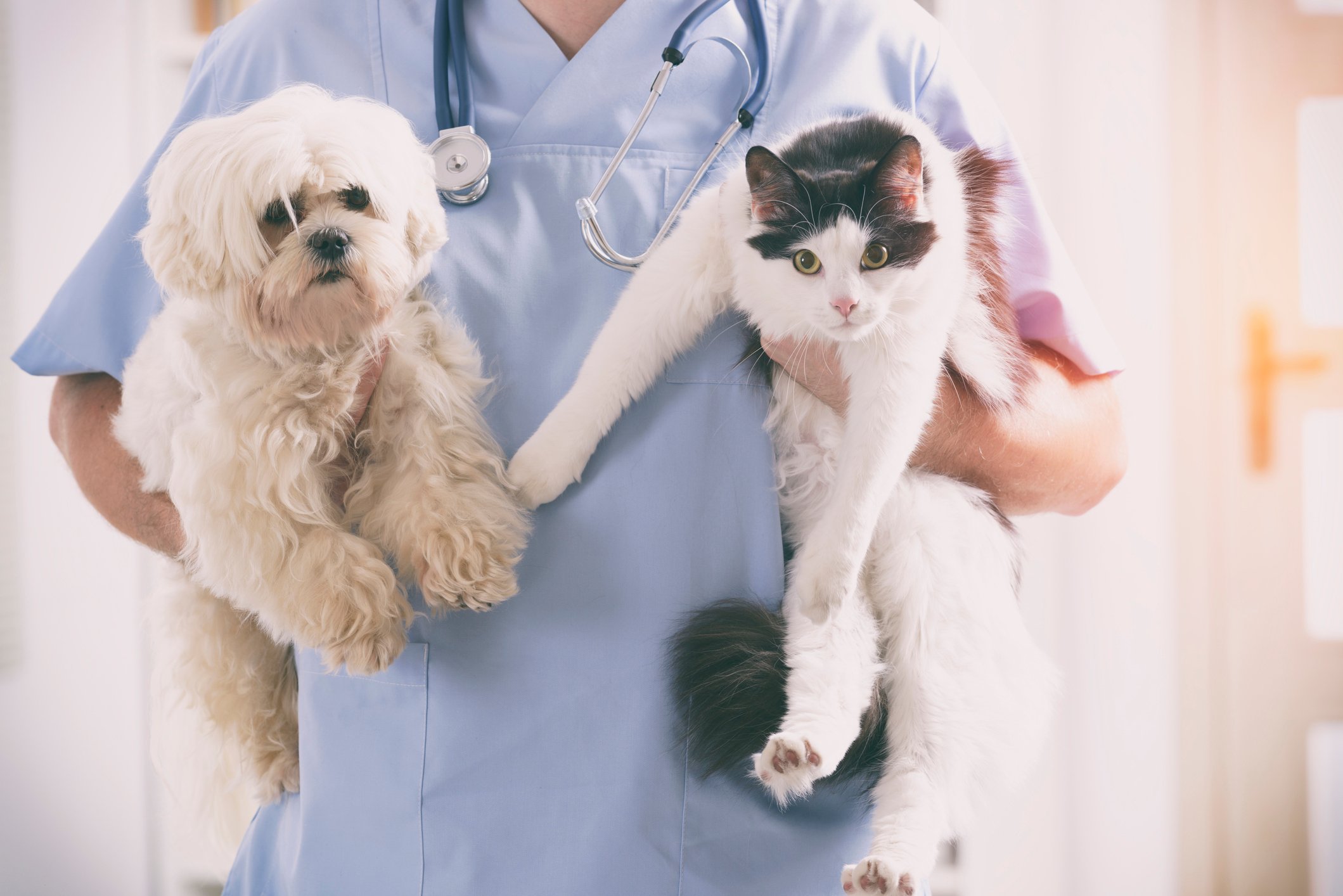 Mango is a lot of orange Maine Coon to love, and at 23 lbs. he is a big boy with a great big heart. He is calm, loving, very intuitive, and has been deeply connected to his mom since his first day home. Poor Mango became extremely sick after his 2nd vaccination and had to be hand fed back to health. Shortly after he gained a lot of weight, started coughing, and was diagnosed with Pleural Effusion. It was a serious combo of Pet Wellbeing products that gave this big orange kitty a second (or third!) shot at a happy life.

Goliath Saved His Skin with Some Special Senior Support

Goliath moves like a wild cat. Before he slowed down with age, he needed to be outside to be truly happy. He loves to run, climb, and even sleep in trees like his bigger cousins in the wild! Early in the year, Goliath was diagnosed with the strange sounding "long-term anemia" and slowly developed a habit of incessant scratching. Nobody quite understood the connection but the scratching started to deteriorate into painful wounds. What’s a cat dad to do?

Keep Your Cat Active & Stimulated While Stuck Inside for the Winter

For cats that venture outside, summer is the most exciting time of the year. Warm weather means there are plenty of plants to sniff and animals to hunt. Outdoor environments help cats stay in shape and sharpen their minds. With so much to explore, outdoor cats can easily stay entertained all on their own. But when the snow begins to fall, cats spend a lot more time cooped up in their homes.