What to Do When Your Cats Just Won't Get Along

You adopted two cats, thinking that they’d make nice companions for each other when you’re sleeping or not at home. Perhaps you had one cat for a while before adopting the other, or you adopted two at the same time. But now that they share the same space, your beloved kitties are at each other’s throats!

Not all cats are made to get along, and fighting is quite common in multi-cat households. Unfortunately, constant fights can lead to chronic stress for one or both your cats, not to mention a range of potential injuries! Even after the smoothest of new kitty transitions and introductions, there’s no guarantee that your cats will ever get along.

So, what are you to do? Here are some tips for restoring peace in your multi-cat household.

Before you can resolve the problems between your cats, you must first understand the nature of their fighting and what might be causing it.

One key distinction cat owners should make right away is whether their cats are “play-fighting” or fighting aggressively. When your cats chase each other through the house, pounce on one another and share the occasional hiss or bite, it can certainly seem aggressive. However, many cats display these behaviors when they play. In play fighting, cats might take turns being the “hunter” and romp around the home, but these types of fights generally don’t escalate into yowling or hissing matches.

Aggressive fighting typically occurs with one cat persistently attacking the other and looks more intense. Biting, growling, swatting and scratching are much more common. Cats fighting aggressively will also display aggressive and/or defensive body language, such as “airplane ears,” tails held low and straight or defensive postures like a tucked or puffed-out tail.

Once you’ve made the distinction between play and serious fighting, you’ll want to examine how these fights start and why. Maybe fights break out when one cat is eating out of a certain bowl or playing with a certain toy. Cats can be quite territorial about belongings, spaces and even owners, so defensiveness might be the underlying cause.

It also may be that your cats simply have different personalities or that there’s a power struggle, with neither cat willing to allow the other to be “alpha.” Observe whether one cat picks fights more than the other.

With a basic understanding of how and why your cats fight, you can begin to take steps to restore the peace. Try these tips to see if they make a difference: 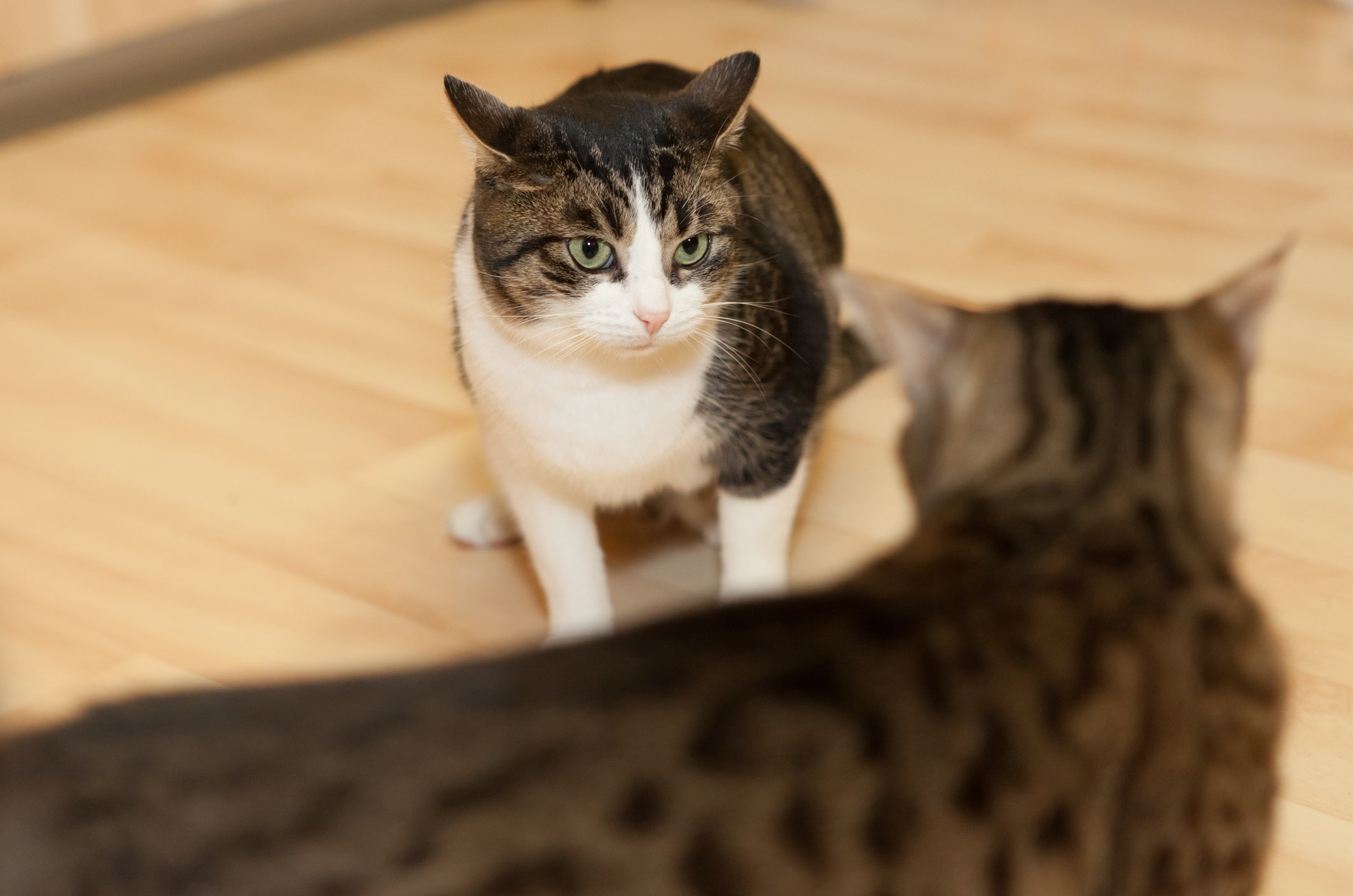 If things like separation and pheromones don’t work, you may need to use a more thorough process to press the “reset button” on your cats’ relationship. To do this, you may need to treat the cats as if they’re brand new to each other.

Keep them in separate parts of the house with their own belongings, including food and water bowls, a litter box and toys. Spend quality time with the cats in their areas.

Over time, follow a similar procedure to a new cat introduction. Start by swapping your cat’s scents using a blanket or sock, then move to feeding them on opposite sides of the door. Scent introductions can help forge a clean slate between the cats and get them used to having each other around. Use rewards to build positive associations around the other cat’s scent.

Continue the process, moving from face-to-face meetings with a baby gate in between them to sharing a room for playtime. Again, giving rewards during these interactions will help your cats build positive associations with one another, rather than negative ones.

Getting cats to coexist peacefully can be a labor of love, but one that’s ultimately worth it. If you’re struggling to get your cats to share your home, consult your vet or a pet behavior specialist to learn about other solutions that can help minimize fighting and restore peace.

This is Why Detecting Your Pet's Illness Can Be Difficult 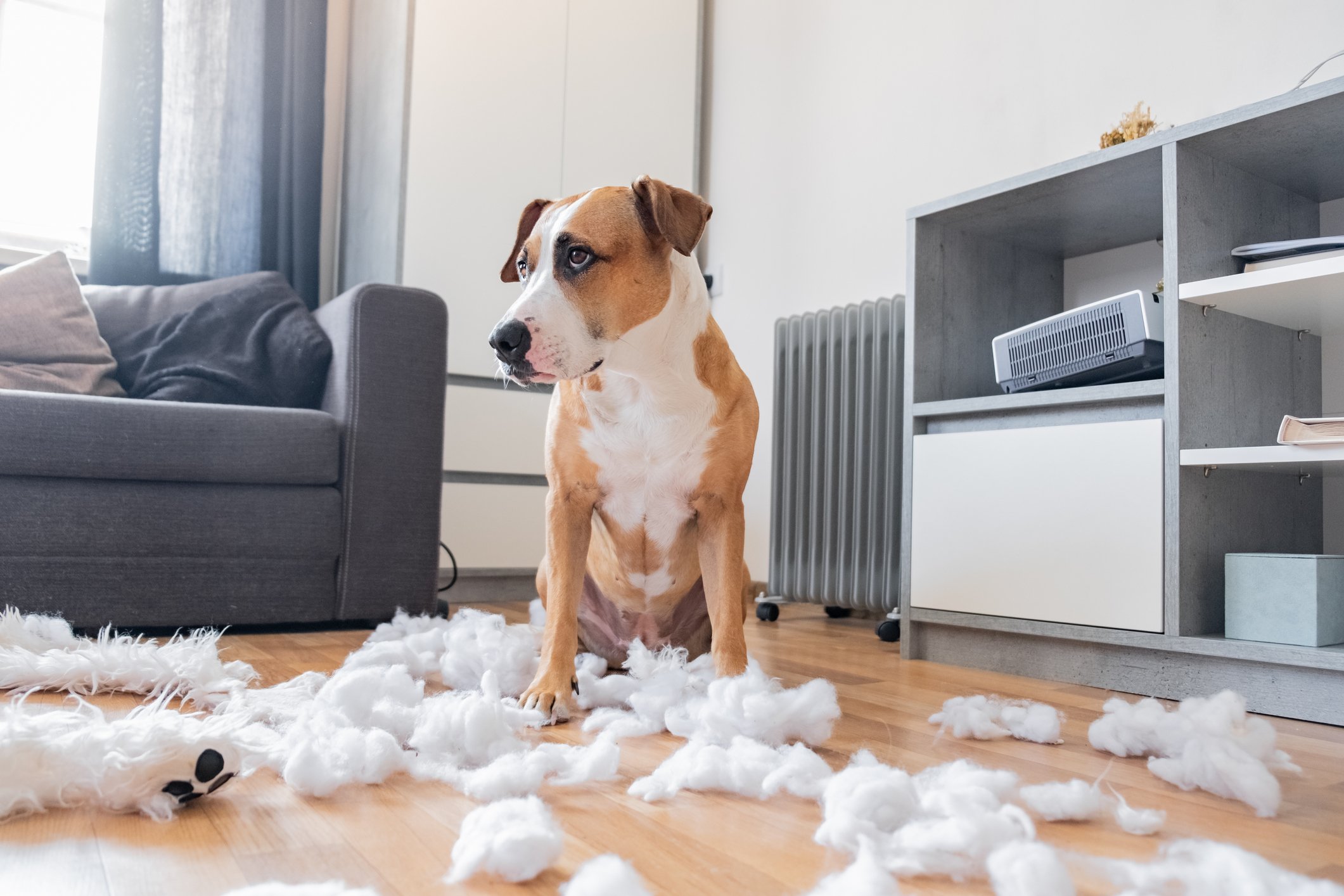