A cancer diagnosis is one of the scariest things a pet owner can receive. Nobody is ready to hear the news that their beloved cat or dog is suffering from a terrible, often painful disease that can have a poor prognosis. After you get the initial news, you might have a million questions. Among them: “What can we do to cure it?” and “Will my pet be able to beat this?”

In many cases, treatment for cat or dog cancer is possible. However, while most pet owners will want to know whether their vet will cure their pet’s ailment, vets usually aren’t focused on this outcome.

Instead, veterinarians most often focus on helping pets reach remission.

What is cancer remission?

Cancer remission is defined as the disappearance of the signs and symptoms of a disease. It’s often used in the context of cancer, and it’s generally a good thing. It means that your pet appears to be cancer free.

Unfortunately, cancer remission isn’t necessarily permanent—it’s not a true cure. “Curing” cancer would indicate that absolutely no cancer cells are left in your pet’s body. Instead, remission means that the cancer cells are undetectable, but some could still remain.

Unfortunately, some pets will eventually come out of remission, meaning they may relapse and experience the growth of cancer cells once more. The risk of cancer relapse will ultimately depend on the pet and the type of cancer they are experiencing.

Understanding this, you may be wondering why vets don’t strive to reach a cure for cancer in as many cases as possible. It’s not that your pet’s veterinarian does not want to cure your pet’s illness—of course, they want the best possible outcome for your furry friend as much as you do!

The reason vets focus more on reaching remission and less on achieving a cure is because curing your pet’s cancer has the potential to make them very sick. Conventional cancer treatments can be intense, and applying them at curative levels could cause a range of negative side effects that no pet parent wants their dog or cat to experience.

Instead, applying these treatments at lower doses or intensities is often easier on the cat’s or dog’s body and can help them enter remission and potentially be cured. This method of treatment helps your pet maintain a good quality of life with the hopes of a great outcome in the end, rather than make it feel ill during treatment with no guarantee that a cure will be possible.

How do we get there? 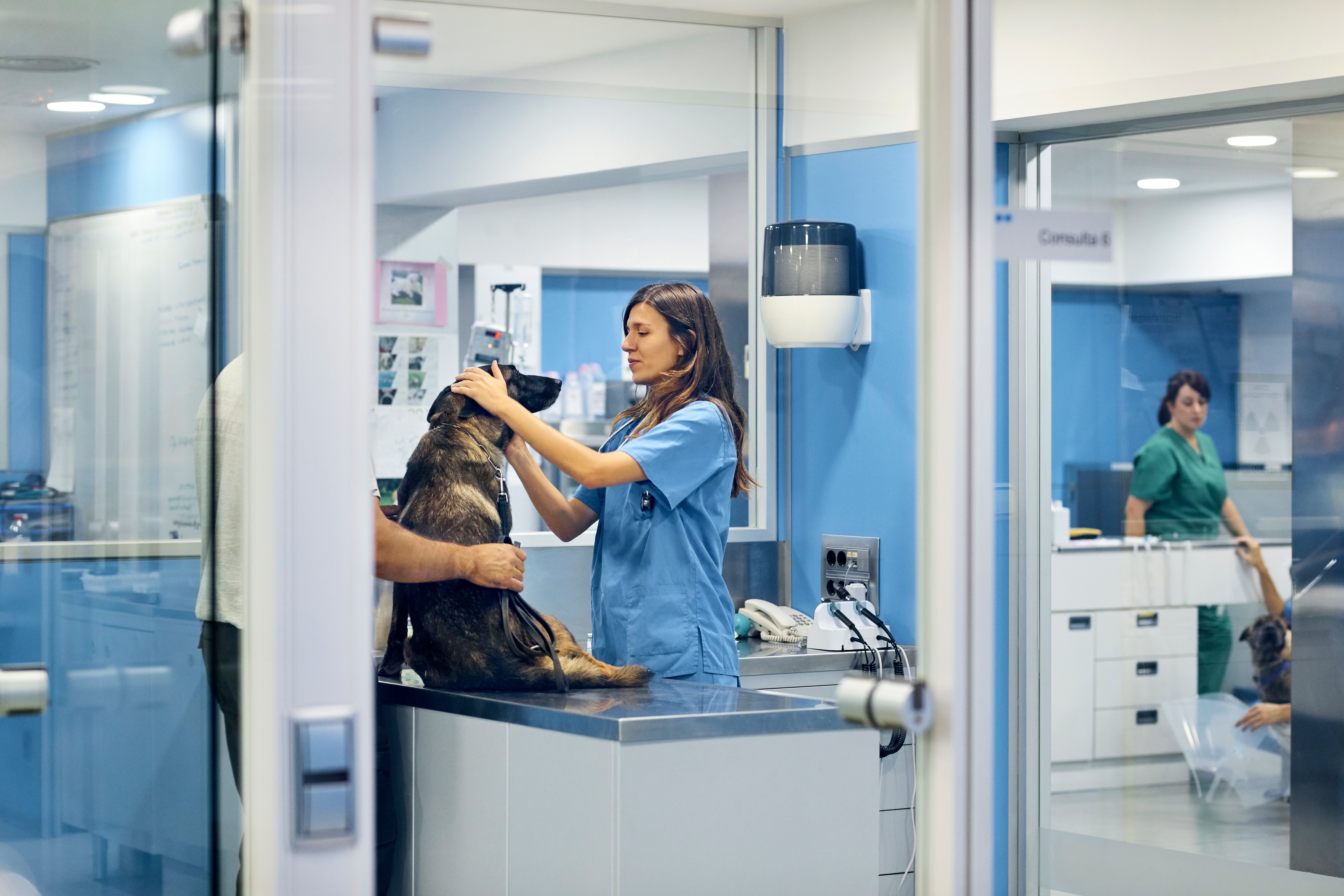 There are a range of possibilities when it comes to treating your pet’s cancer. Which methods are used will ultimately be up to your veterinarian’s recommendation based on the type of cancer your pet has, the severity of the cancer and your pet’s state of health at the time of the diagnosis.

Generally, vets will suggest one or a combination of three conventional cancer treatments:

Your vet will create the appropriate treatment schedule for your pet based on what their body can take without getting ill and the doses necessary to reach the desired outcome of remission.

Supplemental therapies may also be instrumental in preventing a cancer relapse during remission by supporting the immune system and keeping any existing cancer cells at bay.

Some popular supplemental treatments include:

Using both conventional and supplemental types of therapy can help your cat or dog reach a state of health in which they feel comfortable, happy and healthy—even if they are not completely “cured.” In most cases, remission is the best possible outcome for pets and can allow your pet to live many more years in comfort.

What is Going on With Your Cat's Abrupt Twitching?

Watch Your Cat's Ears to Clue into Their #Mood