Your Dog Can Get the Seasonal Flu, Too!

Wintertime is when many of us humans begin to feel under the weather—coughing, sneezing and running a fever as a result of the seasonal flu. But humans aren’t the only beings that can succumb to influenza! Our four-legged friends also have their own kind of illness, called the dog flu.

Canine influenza is a type of flu quite similar to our own that is capable of affecting our pups. The dog flu is caused by a different form of virus than the human flu, but it can cause many of the same symptoms and pass from dog to dog just as contagiously. This winter, while you’re monitoring your own health for flu symptoms, make sure you’re keeping an eye out for symptoms in your pup, too!

Canine influenza is a viral disease that affects your dog’s respiratory system. There are two major strains of the dog flu in North America: H3N8 and H3N2. Both of these strains were derived from other influenza viruses of animal origin. Thus far, experts have found no evidence that either strain is zoonotic—that it can be passed from dogs to humans.

The dog flu typically spreads from dog to dog through respiratory droplets—the small droplets formed when your dog coughs, barks or sneezes. It can also be transmitted through contact with infected surfaces like food and water bowls.

Your dog has a higher risk of catching the flu if they are consistently around other dogs and/or if you live in an area where a dog flu outbreak is occurring. Kennels are some of the most common sources of canine influenza transmission. Unlike the human flu, the dog flu can be found year-round—not just during fall and winter like most human flus are.

Fortunately, most dogs who contract canine influenza won’t become seriously ill. Most cases are mild and last around two weeks.

Influenza viruses can change over time

Although world health organizations have no documented cases of a canine influenza virus being transmitted to a human, viruses are capable of changing over time. Therefore, it’s possible for a strain of the virus to eventually infect humans.

Additionally, the H3N2 virus may have the potential to infect cats. Therefore, if your pup has come down with the flu, it’s a good idea to keep them isolated from all other pets to be safe.

The symptoms of canine influenza are similar to those of other respiratory diseases in dogs, including:

Some dogs might have some or all of these symptoms a few days after infection. However, others might be infected but are asymptomatic, meaning they can transmit the virus but show no signs. Others still might develop a more severe form of the dog flu, which can cause labored breathing and signs of pneumonia.

Any dog exhibiting these symptoms should visit the vet to be examined and accurately diagnosed. Even though the dog flu is usually mild, canine influenza shares many symptoms with more serious ailments, including kennel cough and heart disease. It’s much better to be safe and rule those conditions out at the vet than to let a severe health problem go untreated.

If your pup does in fact have a case of the dog flu, the best antidote for their condition is rest. There is no cure for the flu, so your dog’s body will have to overcome the virus on its own. Most dogs with mild illnesses can recover at home with lots of fluids, healthy food and sleep.

Dogs with more intense cases of canine influenza might require more treatment to keep them comfortable and support their bodies as they battle the flu. Some dogs benefit from cough medicines, fever reducers, antibiotics in the case of secondary infections or even IV fluids.

Dogs with impaired immune systems, including young puppies and elderly dogs, may have a more difficult time overcoming the virus. Fortunately, it’s uncommon for dogs to die as a result of canine influenza.

Protecting your pup from the dog flu

Vaccinations may help reduce your dog’s chances of catching the dog flu. However, your vet might not recommend vaccinating your dog unless there is a high chance that they will be exposed to the virus.

Whether or not your pup is vaccinated against canine influenza, you can help protect them from the flu by making their bodies stronger and healthier every day. Bolstering your pup’s immune system through immune support supplements, probiotics, a high-quality and well-rounded diet and lots of exercise can improve their chances of fighting off the virus if they are exposed to it. This might prevent your dog from getting sick at all, or at least reduce the severity and duration of their symptoms.

Even if they do get infected, though, with prompt treatment, lots of rest and a little extra love from you, your pup should recover from their case of the flu and feel better in no time! 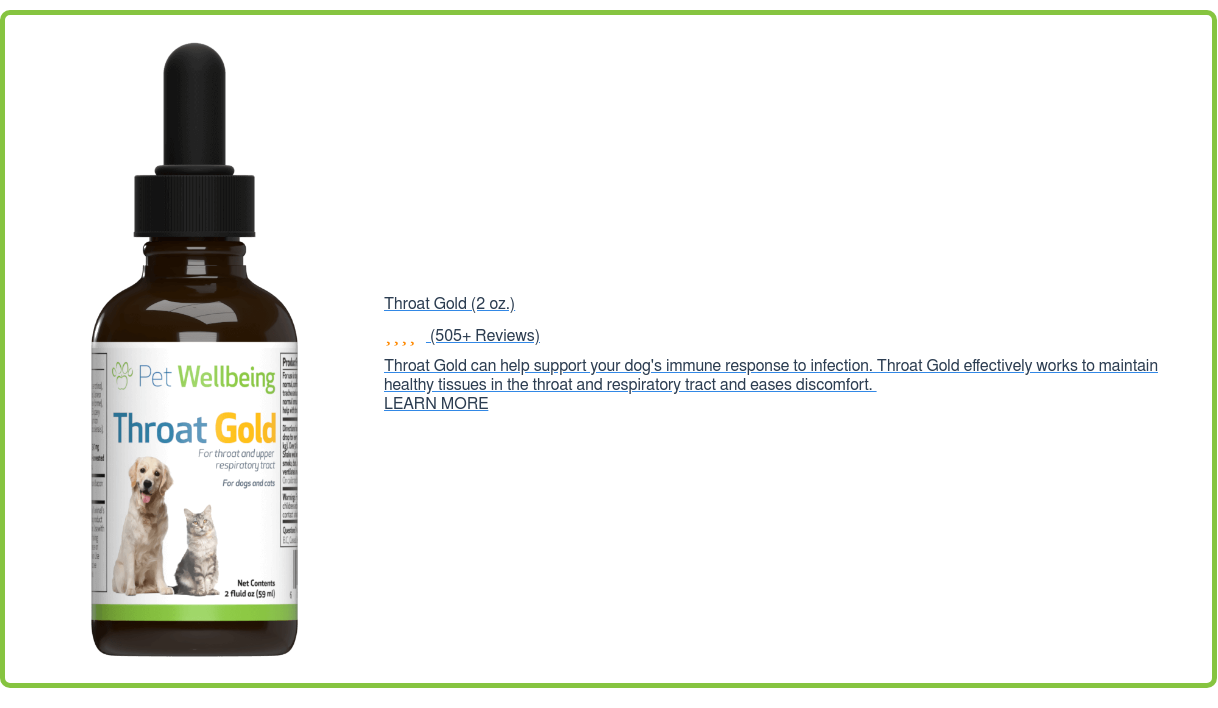 Can You Prevent Urinary Problems in Cats?

What to Make of Your Cat’s Repetitive Sneezing