Can Cats Get Urinary Tract Infections?

As cat owners, we spend a lot of time cleaning up after our furry friends’ litter box, which gives us the opportunity to detect when something might not be right. Since urinary problems are so uncomfortable for humans, we understand that any sign of urinary issues in cats should be checked out immediately.

Cats can suffer from some of the same problems as us, including urinary tract infections (UTIs). Knowing how to identify urinary issues, including UTIs, is crucial to getting your cat the treatment and comfort it needs.

What you should know about UTIs

A UTI is a condition caused by bacteria, fungi or viruses in the urinary tract, causing painful urination, blood in the urine and more.

They are generally caused by the presence of harmful bacteria in the urethra and the bladder. There, the bacteria flourishes and causes the UTI. Some cats will also have kidney stones alongside UTIs, which can cause additional pain and problems.

Urinating outside the litter box is usually one of the first signs of a urinary tract problem, whether it is actually a UTI or something else.

Other signs of UTIs may include:

Older female cats and cats that have problems with frequent bladder stones are more likely to develop UTIs than other cats. Additionally, underlying diseases like diabetes can put cats at a higher risk of infection.

If you suspect your cat has a UTI, your vet will need to take a urine sample to have it examined. A lab will determine exactly what bacteria is causing the UTI. Once a UTI has been confirmed, your vet may prescribe antibiotics to kill off the harmful bacteria residing in your cat’s urethra.

It should be noted that some cats experience gastrointestinal discomfort after taking antibiotics because of the large number of beneficial bacteria that get wiped out. Administering a daily probiotic during and after antibiotics can help mitigate this problem.

Although they are possible, UTIs are actually somewhat uncommon in cats. Instead, other urinary disorders are more common, as well as urinary problems with no clear cause.

UTIs are actually one component of a larger group of urinary problems referred to as feline lower urinary tract disease (FLUTD). Conditions that affect the bladder or urethra in both male and female cats are categorized under FLUTD and must be checked out by a veterinarian.

FLUTD often presents in similar ways as UTIs, including blood in the urine, difficulty or painful urination and urination outside of the litter box.

FLUTD conditions may include blockages like bladder stones, bladder infections, kidney infections and urethral obstructions. The following are some of the most common FLUTD diagnoses.

The majority of FLUTD is idiopathic, meaning there is no identifiable cause for the symptoms. Sometimes, this is rooted in stress in the home, such as changes in location or routine or loneliness.

When you bring your cat in after noticing symptoms of urinary problems, the vet will conduct a physical examination and a urinalysis. This will help rule out problems like UTIs and bladder stones or crystals before determining the appropriate form of treatment.

If there is a physical cause like a UTI, treatment can be relatively simple. However, more serious problems like stones or urethral blockages will likely require surgery to rectify.

If the FLUTD is idiopathic, reducing the cat’s stress at home may be necessary as it is monitored. Pain relief may also be necessary depending on your cat’s symptoms. In many cases, FLUTD will resolve without significant medical treatment.

Encouraging your cat to drink lots of water, or even switching it to wet food to improve hydration, can help flush harmful bacteria and other irritants out of the urinary tract to reduce the chances of UTIs or FLUTD. 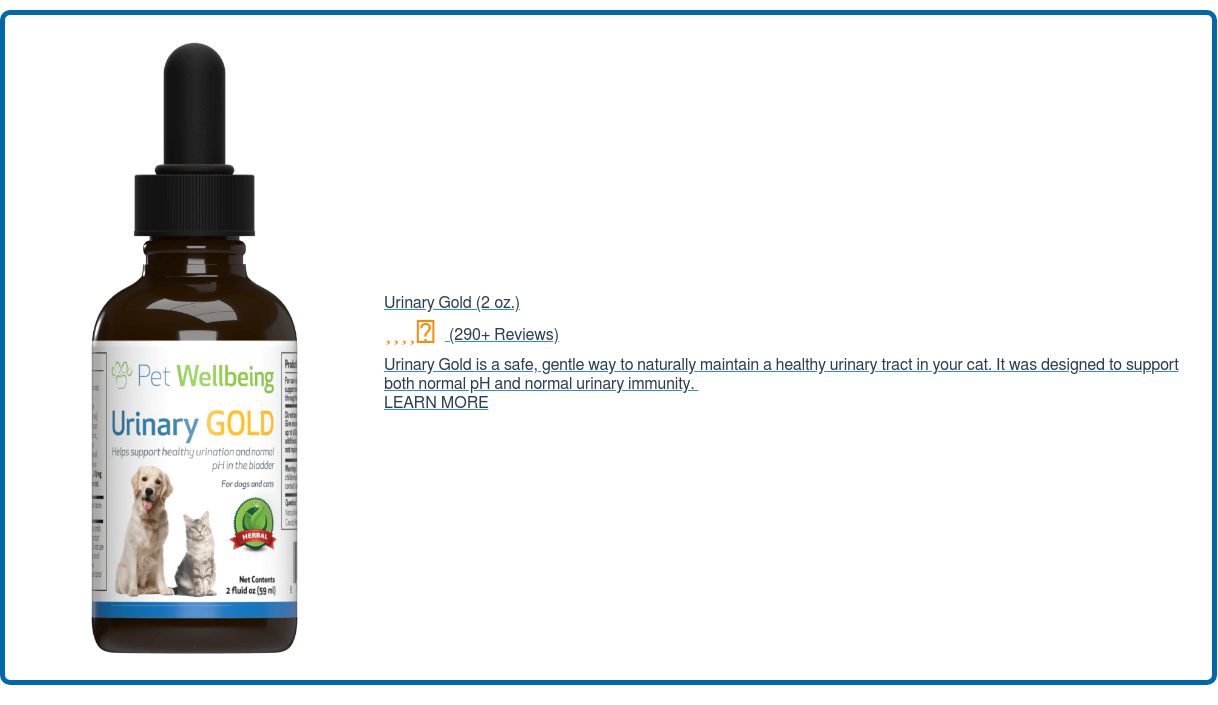 Understand Your Options for Treating Hyperthyroidism in Cats

Getting Ahead of Your Dog's Fall Allergies

Researchers still aren’t entirely sure what causes pet cancer. While the exact cause remains unknown, they do know that certain factors can increase a pet’s risk for cancer as they age. One crucial factor is the toxic load placed on your pet every single day.