Cat owners usually don’t see anything wrong with their furry companions hunting mice in the backyard. After all, it’s what they do best! But many parasites lurk in the soil, including the dreaded warble.

Haven’t heard of warbles? Here’s what they are and how cat owners can protect their fur babies from a nasty infection.

“Warble” is a common nickname for the larvae of the Cuterebra botfly. They’re native to North America and begin the maturation process in hosts like mice, rabbits, deer and possibly even your cat.

Adult botflies lay their eggs on the ground right next to a mouse or rabbit’s den. When these eggs hatch, the resulting larvae make their way into the host’s body via an opening like the nose, mouth or external wound. Larvae encase themselves in a cyst right beneath the skin. The site of infection varies depending on the animal but usually occurs near the head, throat, abdomen or tail.

After a few weeks, they exit the host in the form of a pupa, or cocoon-like structure, where a fully developed adult botfly emerges and begins the life cycle all over again.

Where warbles are found

Since cats love to chase mice, it’s no wonder some end up with a case of the warbles. Outdoor cats are particularly susceptible as they seek out a mouse’s hiding spot. When your cat follows a scent trail, they’re bound to find a rodent or rabbit burrow. Your cat’s hit the jackpot…and the breeding ground for botflies.

Cats aren’t likely to contract warbles from an infected rodent. Once the larvae have chosen their host, they will remain inside the skin until the maturation process is complete. The real danger is the eggs sitting outside the burrow that have yet to hatch. While your cat is scrounging around for mice, newly hatched larvae take advantage of this prime opportunity for a new host. They might enter your cat’s body any way they can, and all of a sudden, you have a case of the warbles on your hands. 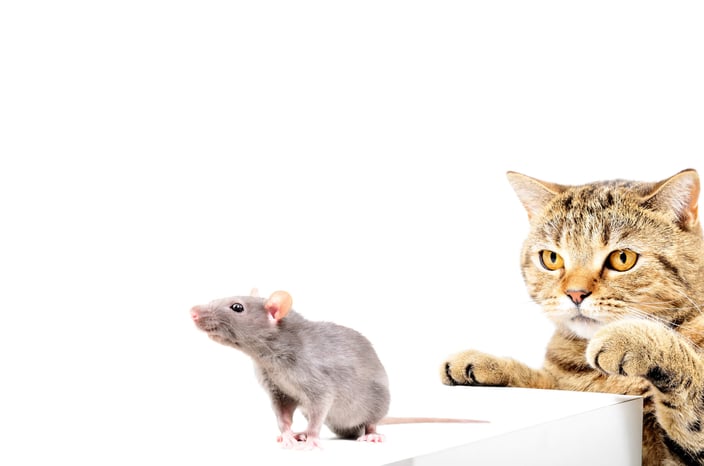 The warble itself isn’t usually what hurts cats. It’s the secondary infection that results after pupa have dropped from the cat’s skin. Once botflies leave their host, the cat is left with an empty cyst and exit hole that’s prone to infection.

Many cats harbor botfly larvae without their owners realizing it. You might not notice something’s wrong until your cat exhibits symptoms of a bacterial infection or a deeply rooted abscess.

Your furry friend should be fine as long as you bring them to the vet for an evaluation. Abscesses and infections are short-term ailments that are easily treatable with antibiotics or minor surgery to remove wounded skin tissue. However, in rare cases, the warbles might develop near critical organs or the nerve system; these situations warrant more concern.

As with any type of ailment, prevention is key for protecting your cat from warbles. The most effective way to prevent a warbles infection is by keeping your cat away from rodent burrows. If you have an outdoor cat, scale back on how much time they spend in the backyard. If they do wander around outside, keep a watchful eye on your cat to make sure they’re not getting themselves into any trouble.

You can also eliminate factors in the environment that are ideal for a botfly’s life cycle. Pupas require adequate conditions for hatching that involve tilled soil, plant debris or any pile of clutter that’s gone untouched for a long time. Clean up your yard to minimize the chances of your cat encountering warbles. This includes regularly picking leaves and branches off the ground and getting rid of any items you don’t need anymore.

Remember, your cat may cross paths with mice indoors, too. Cats who prefer to lounge in the house all day are still at risk for contracting warbles if your living space is vulnerable to rodent infestations. Discourage mice from entering your home by setting traps, sealing cracks in the foundation, cleaning up after meals and storing food in air-tight containers.

Consistently inspect your cat for signs of warbles, regardless of whether they spend their time outside or in the house. Larvae make themselves known in the form of enlarged, swollen bumps on your cat’s skin. It’s best to schedule an appointment with your vet before larvae make their exit, because they can safely clear out the cysts and prevent infection.

While cats love to get in touch with their wild instincts, the risk of contracting warbles just isn’t worth it. Warbles are more common than cat owners think and often go unnoticed until the damage has already been done. Prevention is very simple and allows your cat to live their best life while staying safe. 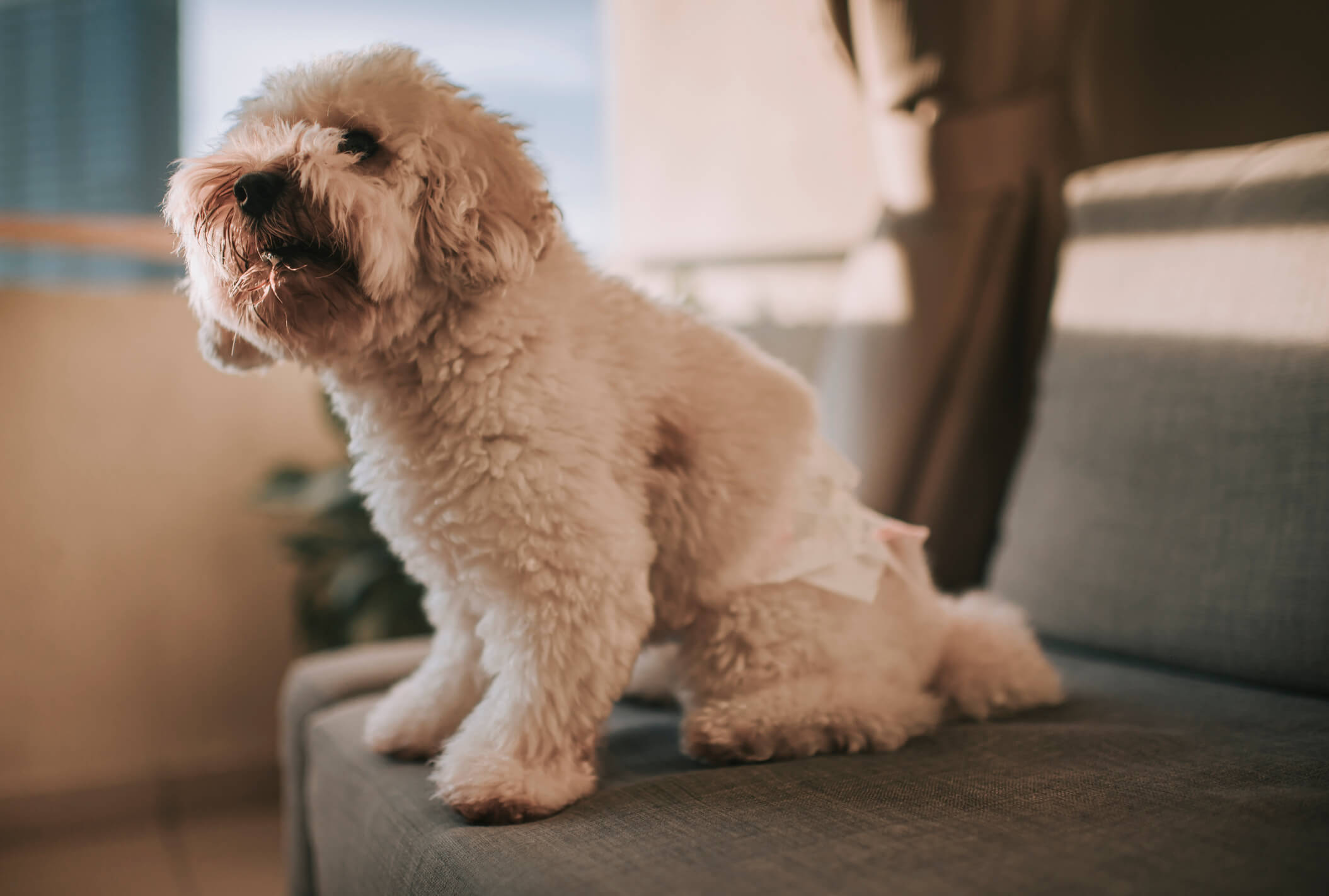 Is it Humane to Diaper Your Dog?