That's right! April is Cushing’s Disease Awareness Month, designed to inform all pet owners about this endocrine disorder and its effects. What do you know about Cushing's and how it affects our pets' adrenal glands? Learn how to identify, treat, and understand the disease to be prepared for your pet's wellbeing. 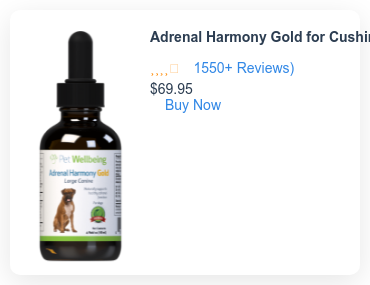 As with all ailments, early identification of the disease is important for the best prognosis. Unfortunately, Cushing’s disease can fly under the radar for many pet owners and may be difficult to diagnose. This month, learn more about this common health issue in pets, how to spot it and what treatment options are available to keep your pet safe.

What is Cushing’s disease?

Cushing’s disease was discovered in 1912 by Dr. Harvey Cushing, who the disease was named after. Dr. Cushing’s birthday, April 8, is known as Cushing’s Disease Awareness Day.

Cushing’s disease can affect humans, dogs, cats and even horses. It originates from a malfunction of the endocrine system, causing excess production of the hormone cortisol. In normal quantities, cortisol helps regulate immune functions and responses to stress. However, excessive amounts of cortisol can cause damage throughout your dog’s or cat’s body, leading to problems like high blood pressure and organ damage.

Most cases of pet Cushing’s disease are caused by an extremely small benign tumor on the pituitary gland, which rests at the base of the brain. This gland produces a hormone called ACTH that stimulates the adrenal glands, which rest near the kidneys, to produce cortisol. A tumor may cause the pituitary gland to overproduce ACTH, leading the adrenal glands to overproduce cortisol.

In some cases, a benign or malignant tumor might form on the adrenal glands. This can cause them to overproduce cortisol directly. The condition might also be caused by overuse of certain medications like corticosteroids.

Cushing’s disease is a common health problem in middle-aged and older dogs. It is possible for the condition to develop in cats, as well, but it is far less common. In cats, the condition is frequently discovered alongside diabetes.

Symptoms to watch for

Many symptoms of Cushing’s disease are similar to those of other illnesses, especially in the condition’s early stages. This can make it very difficult to pinpoint the condition your pet is experiencing based on an examination. However, noticing these symptoms can help you get your pet veterinary help sooner, rather than later, where testing can confirm a Cushing’s diagnosis.

The following signs are most common in dogs and cats suffering from Cushing’s disease:

Skin changes in cats and dogs are usually more apparent once the disease progresses, followed by more severe problems like vomiting and diarrhea. The sooner you can visit a vet after noticing your pet’s symptoms, the better, since prolonged Cushing’s disease can cause other health problems if it is not addressed.

Unfortunately for pets and their parents, there is often no easy cure for Cushing’s disease. Some pets who have developed a tumor on their adrenal glands may be eligible for surgery to remove the tumor. If the tumor is able to be removed in its entirety, the condition should be cured.

However, it is more common for dogs and cats to require lifelong treatment in the form of medications. Sadly, these medications can cause significant side effects, potentially leading to liver or kidney problems. Many vets recommend that pet owners abstain from Cushing’s disease medications until the condition itself poses significant harm to the pet’s health.

In the meantime, your pet might benefit from a holistic approach to endocrine system balance. An adrenal support supplement may help your dog’s body regulate the production of hormones like cortisol through herbs called adaptogens. In the early stages of the disease, this type of supplement may be enough to help your pet live a happy, healthy life and may prevent the need for medications for a while longer.

Many pet parents aren’t able to get their furry friends help from diseases like Cushing’s because of a lack of awareness surrounding the ailment. Educating yourself and fellow pet owners about this disease during the month of April can help improve the likelihood of early diagnosis and prolong your pet’s health and safety in spite of their disease.

If your pet is displaying symptoms similar to those listed above, don’t delay in making an appointment for an examination and communicating your concerns to your vet. You may just make a huge impact on your dog’s or cat’s livelihood! 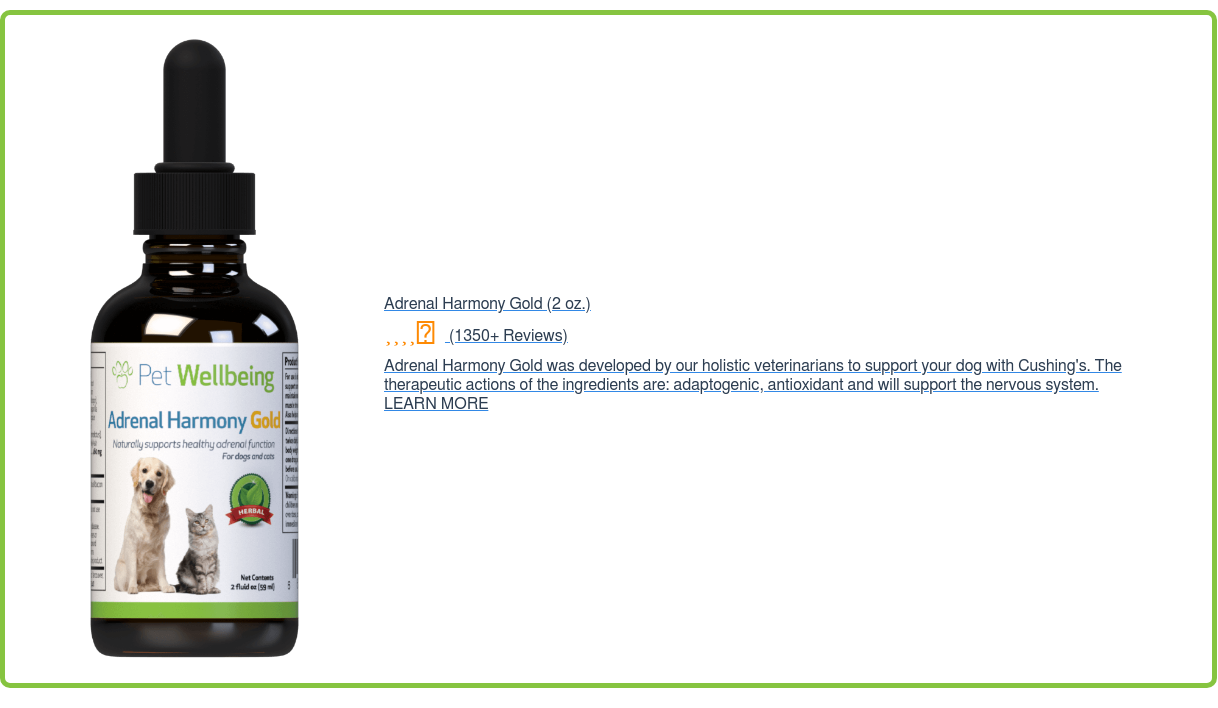 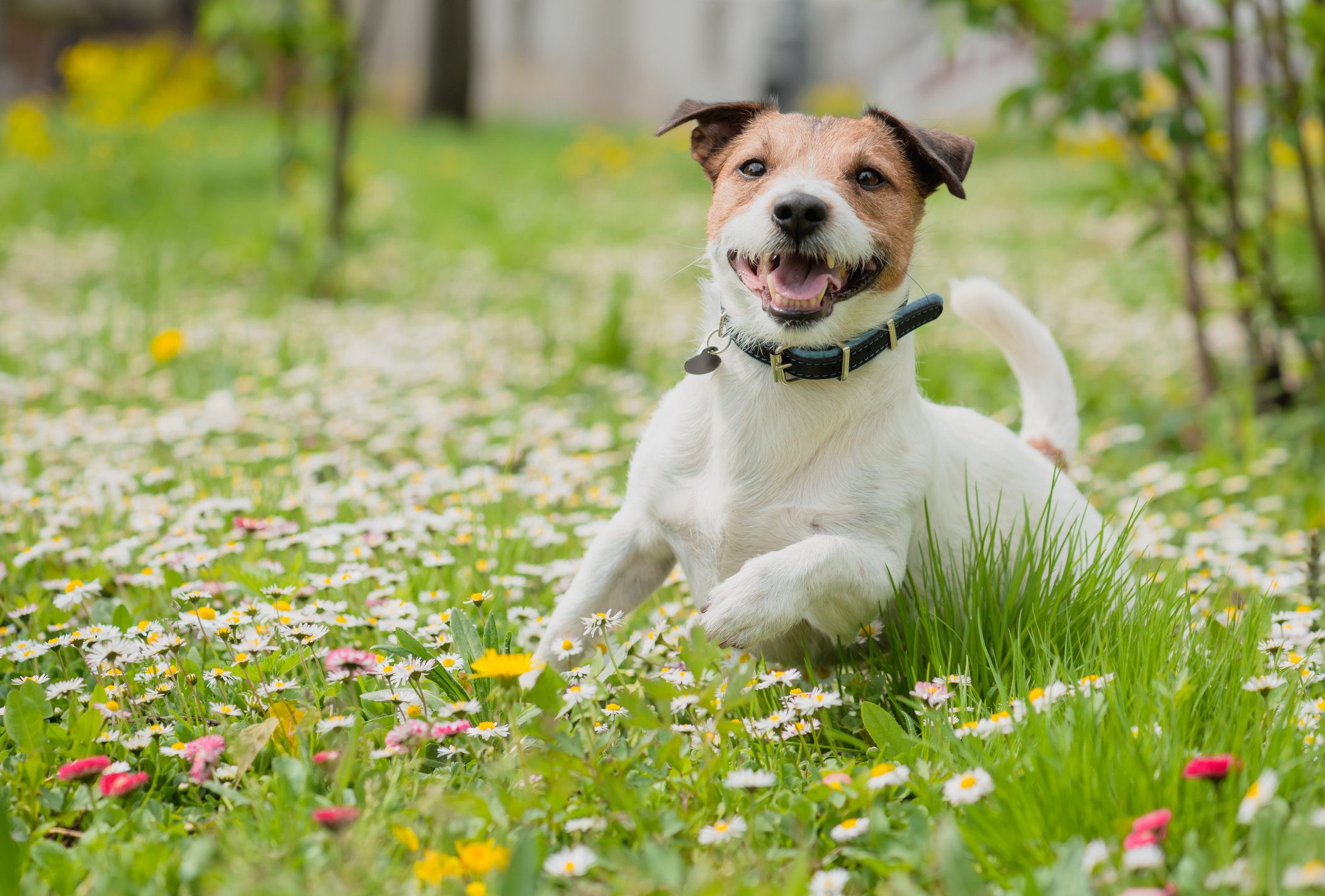 7 Ways to Stop Your Dog's Spring Allergies Before They Start 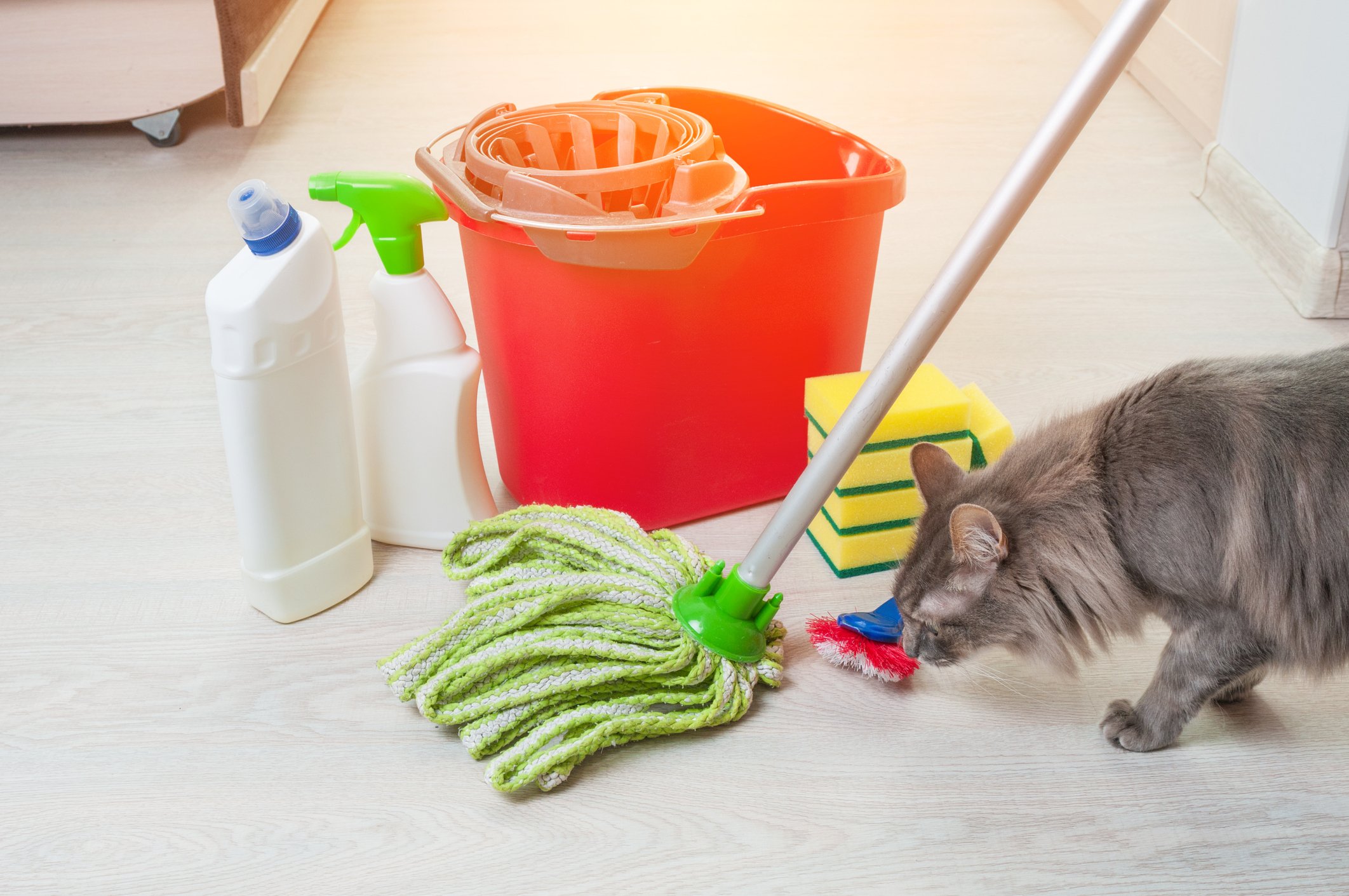 This is How Spring Cleaning Puts Your Pet in Danger